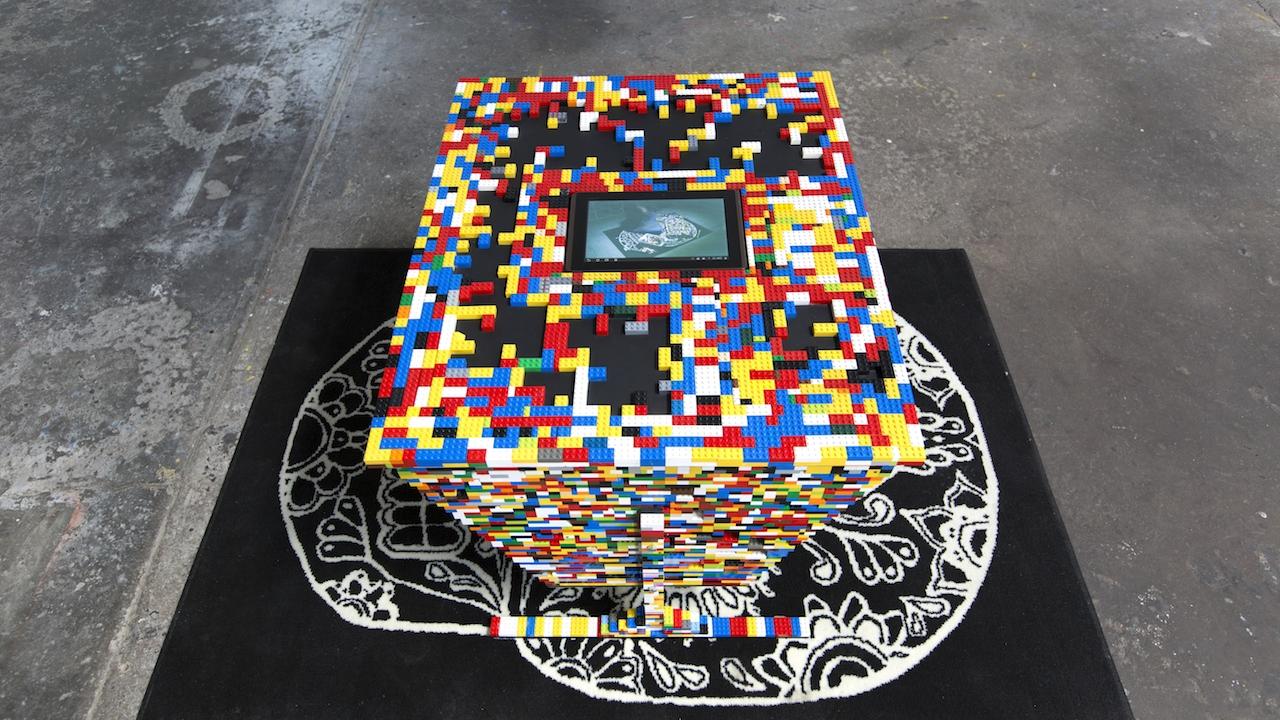 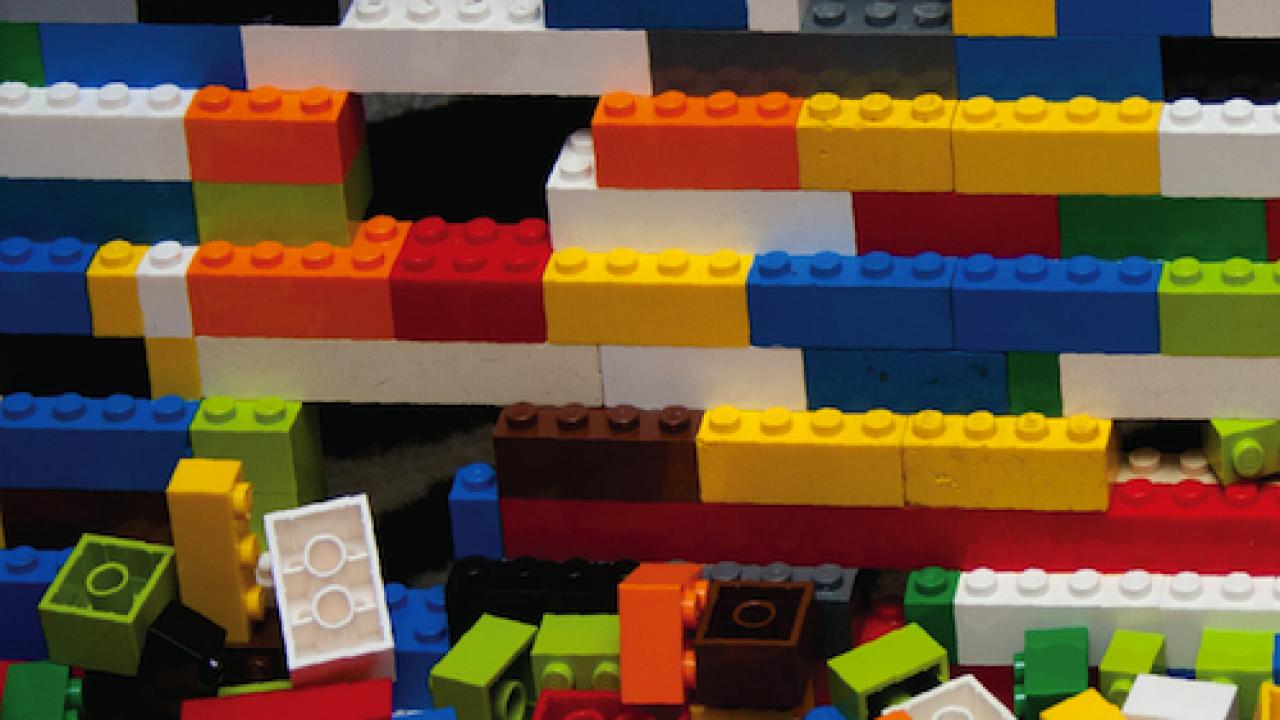 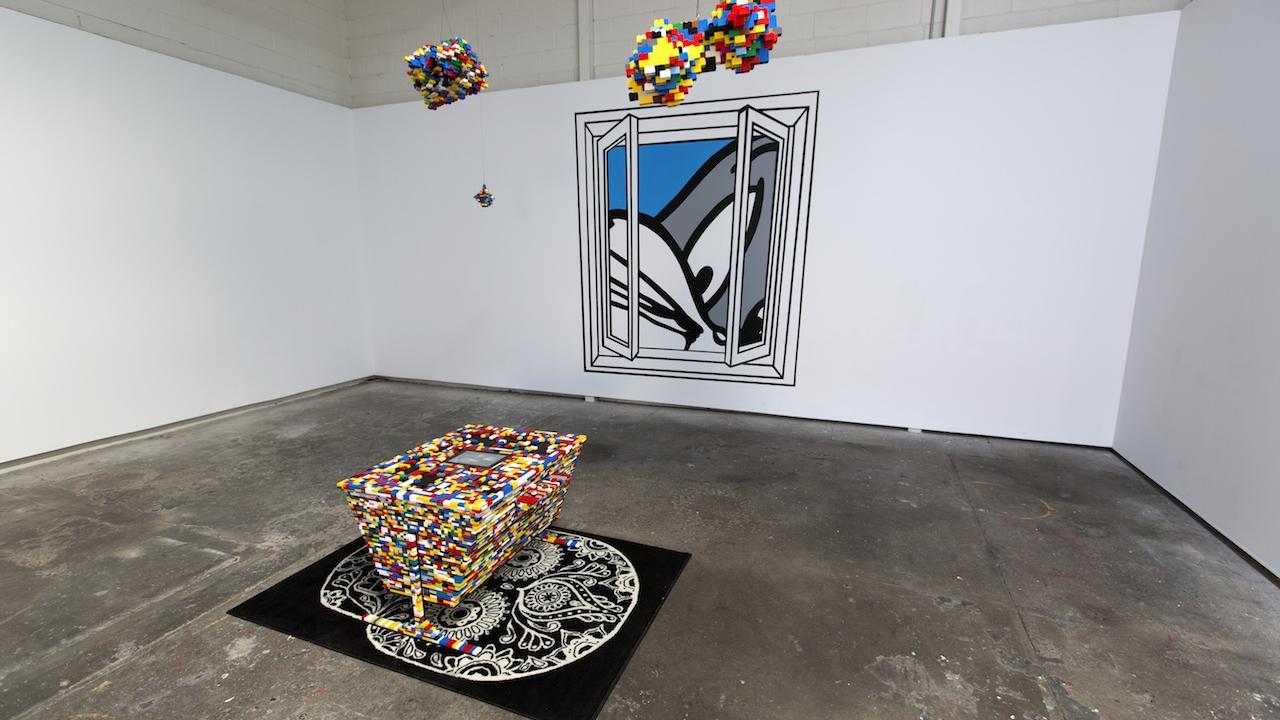 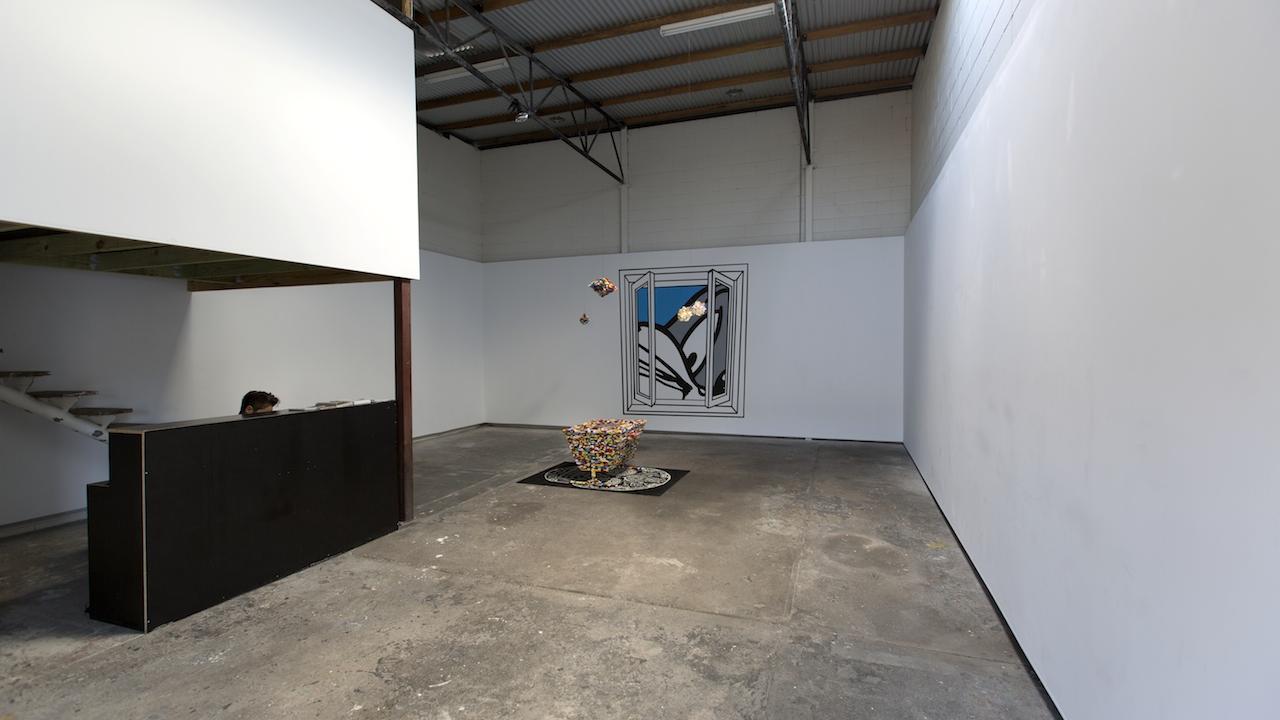 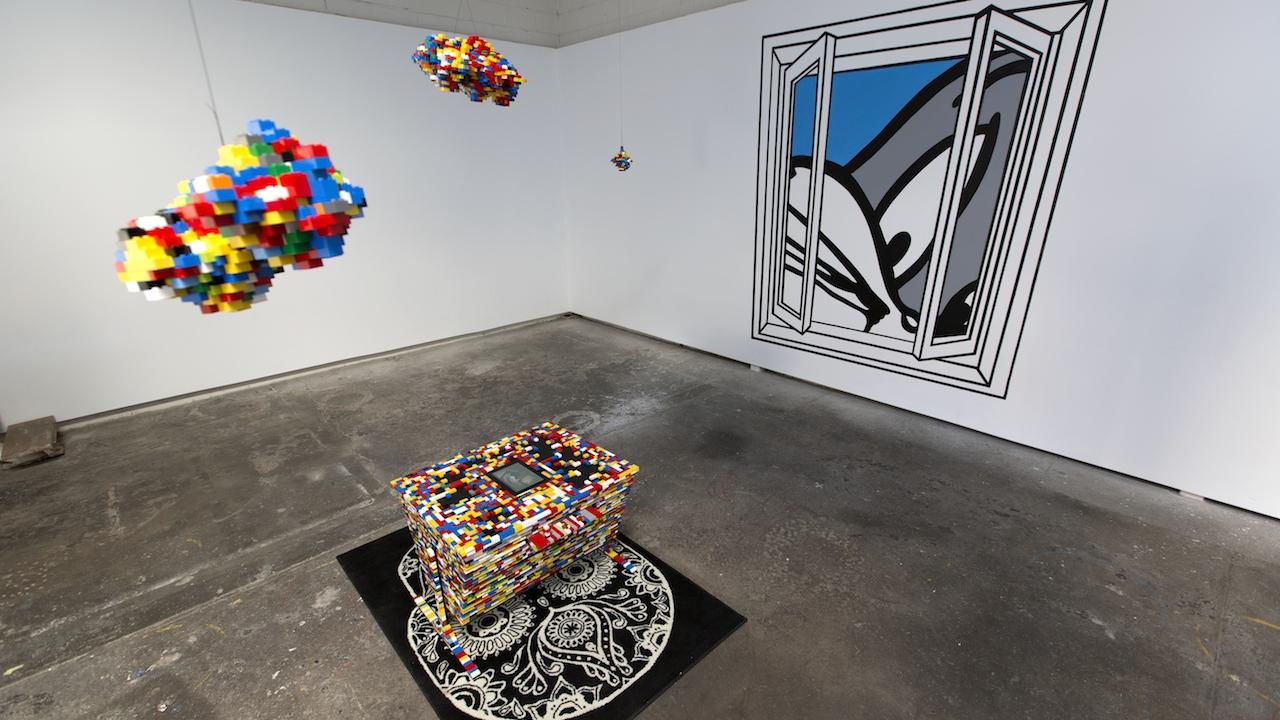 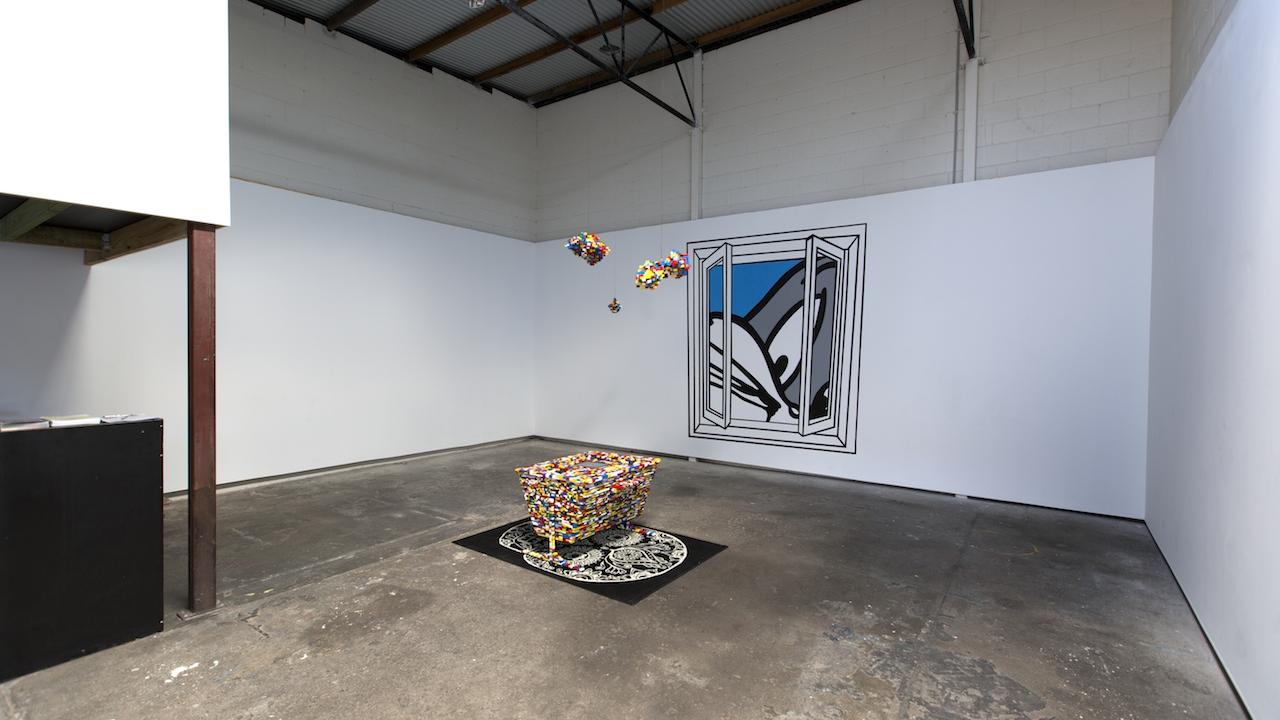 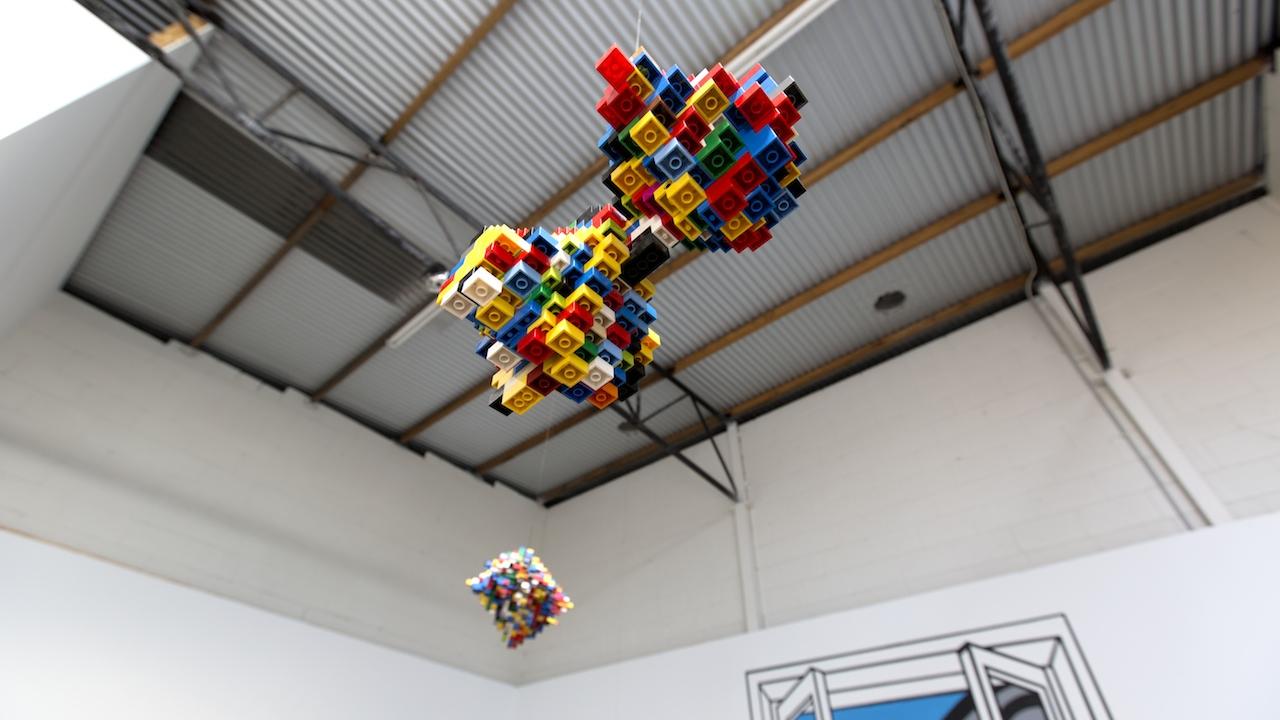 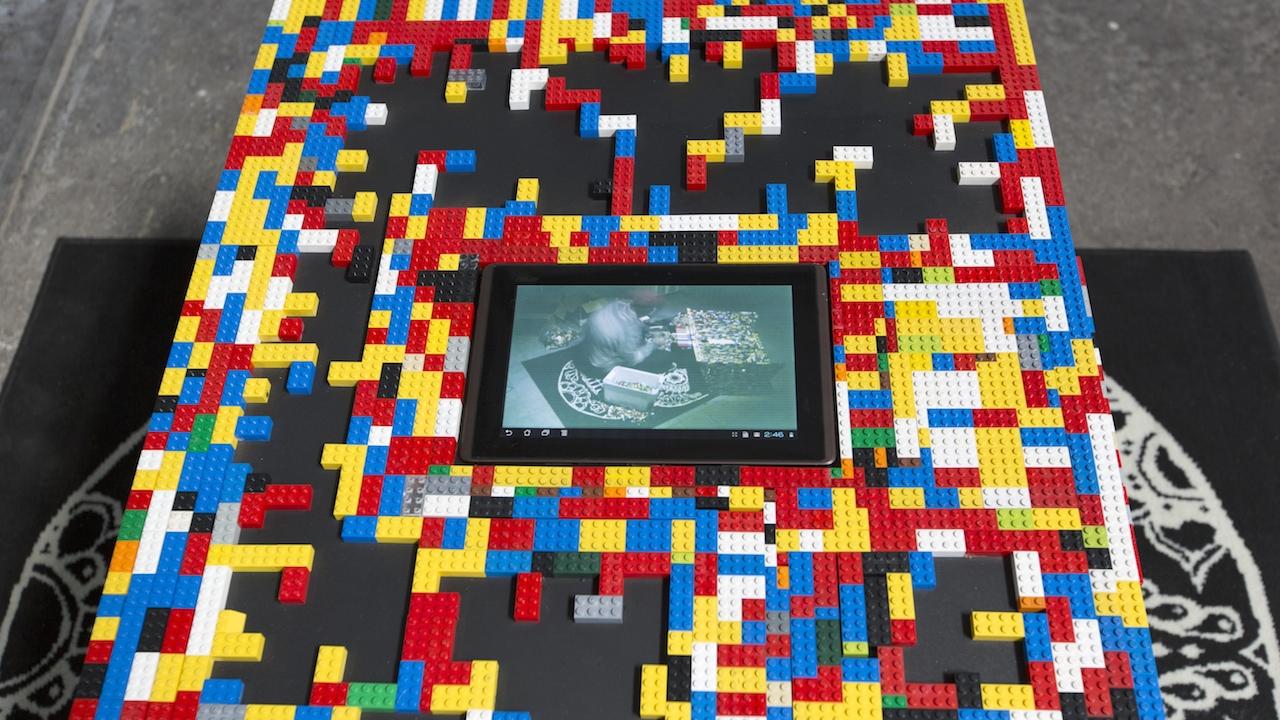 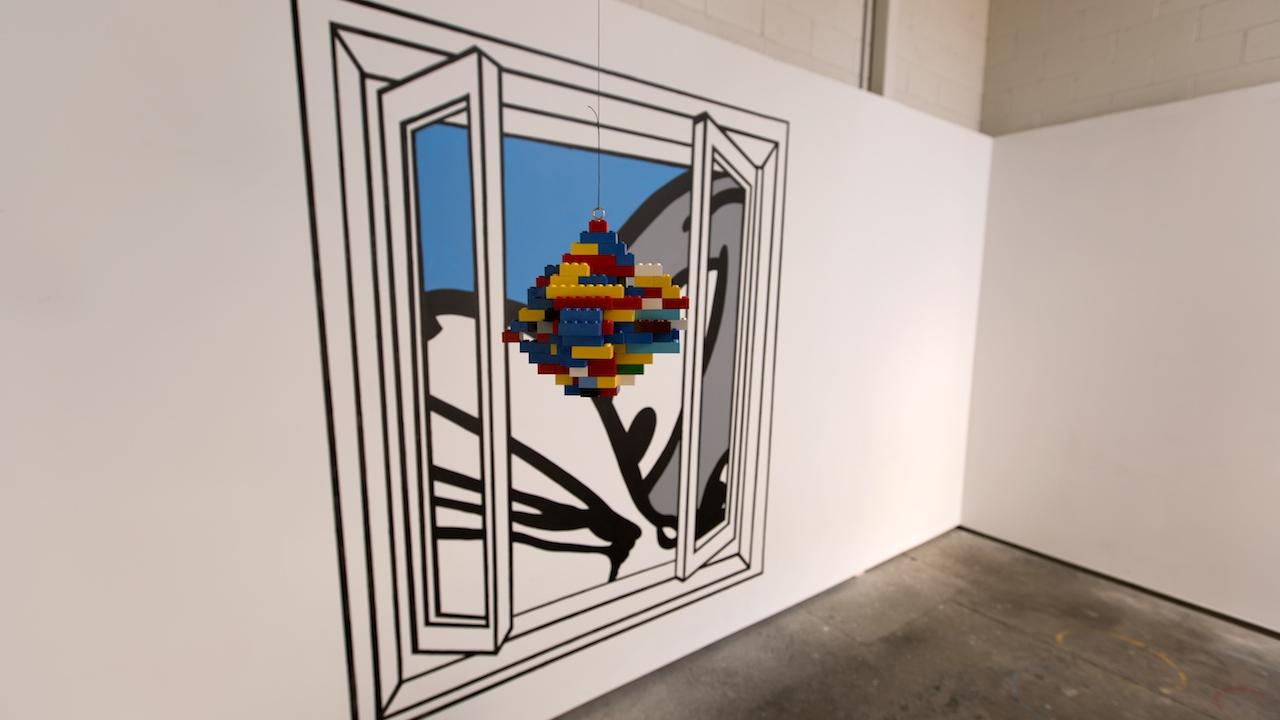 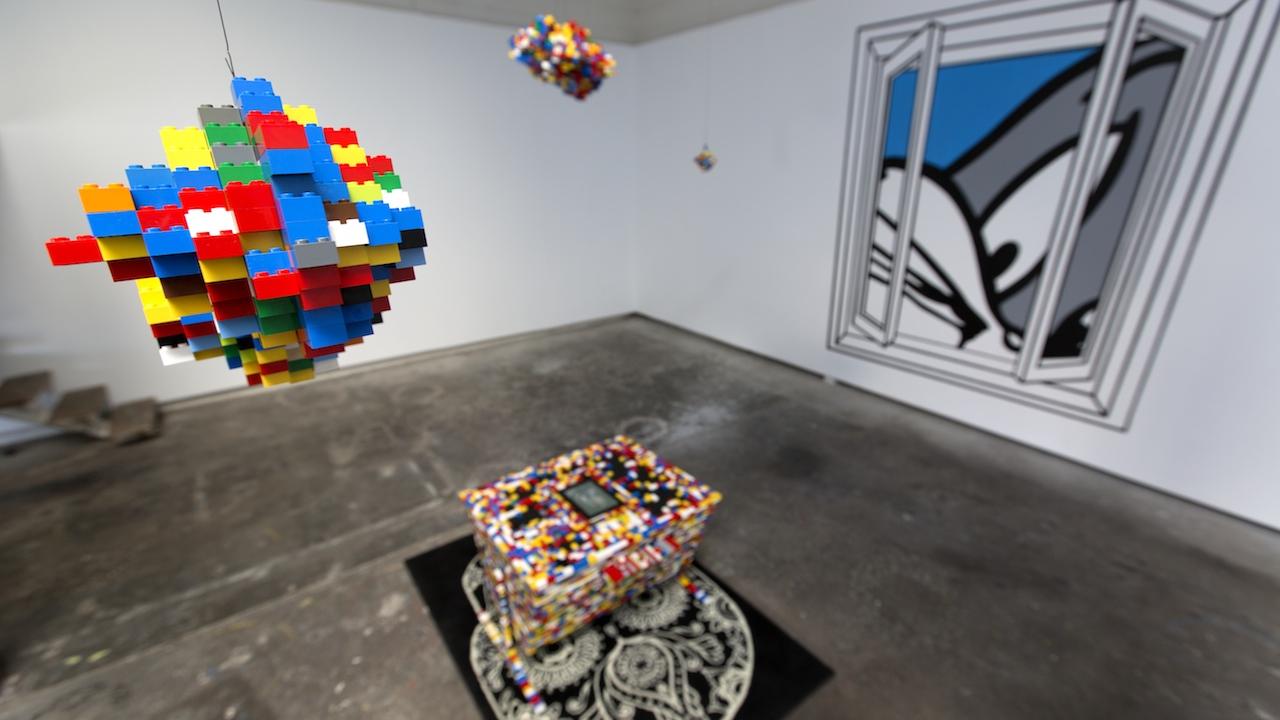 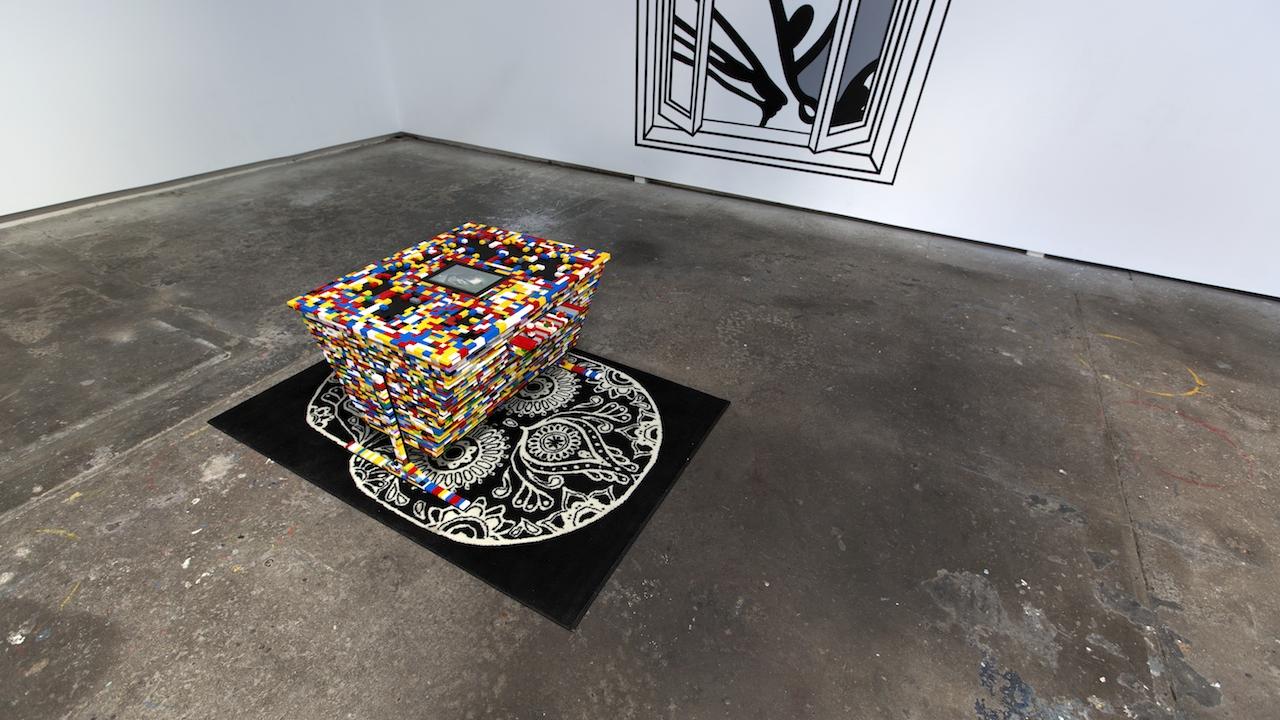 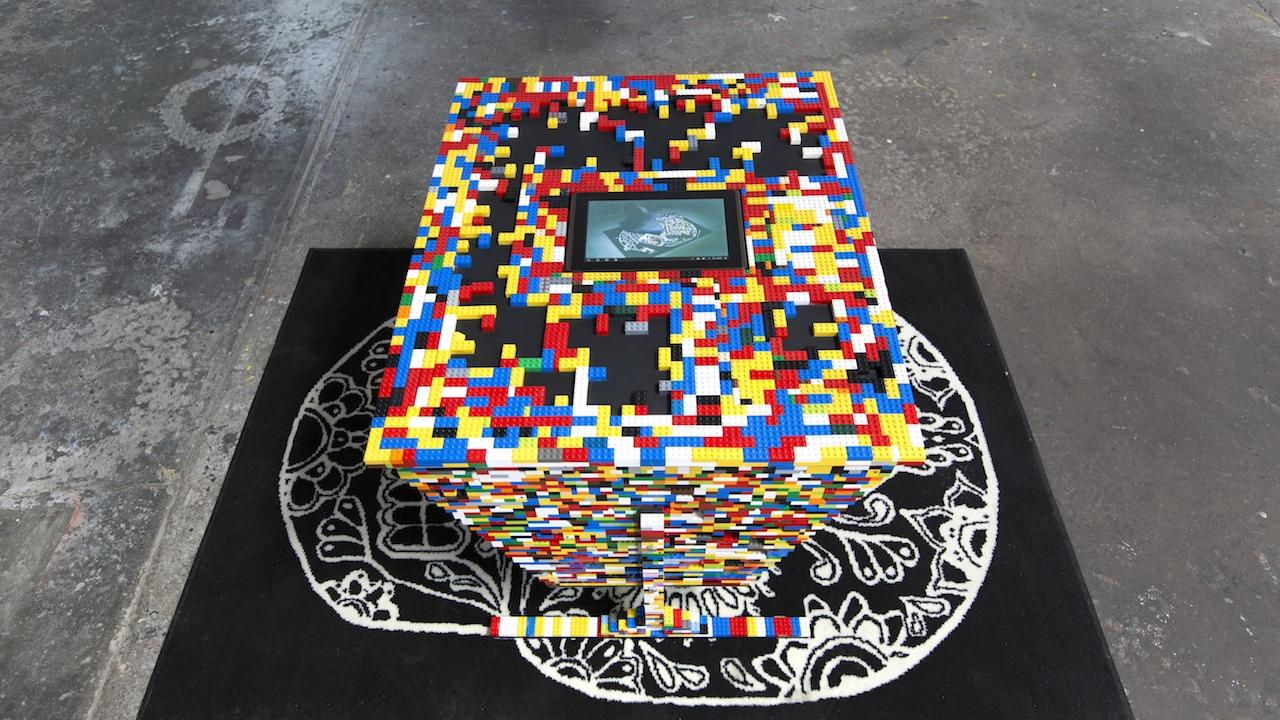 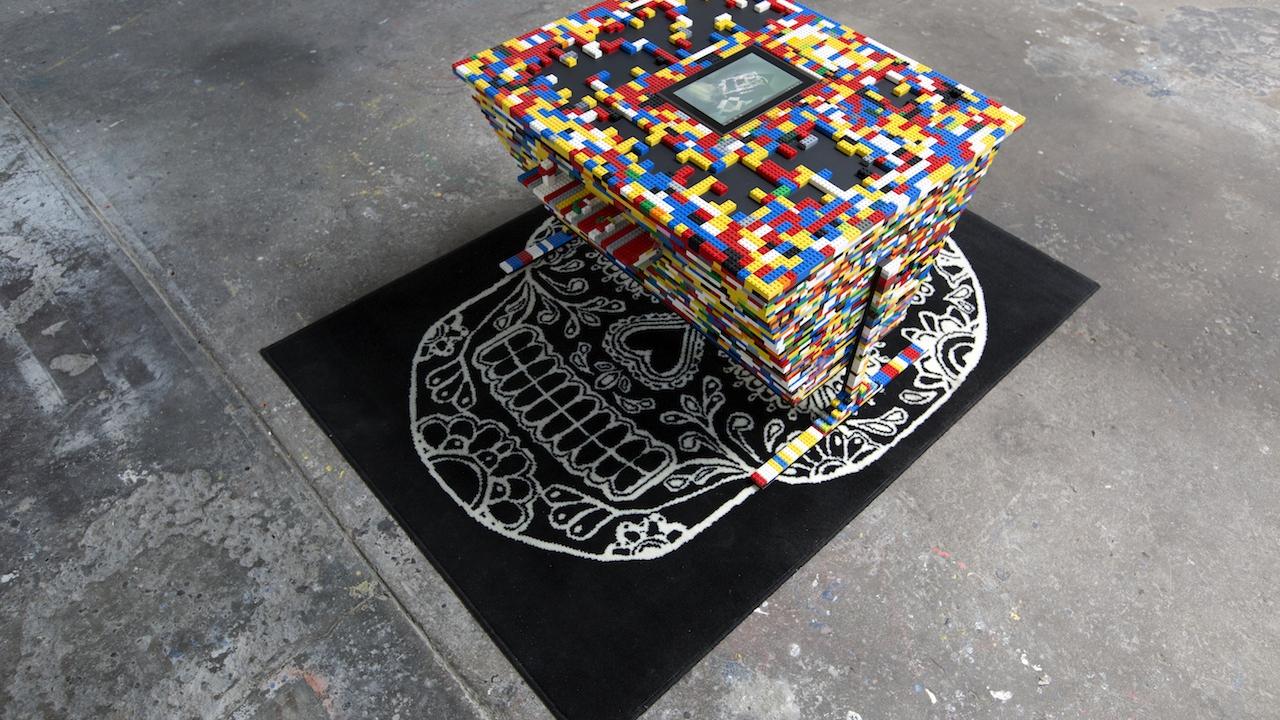 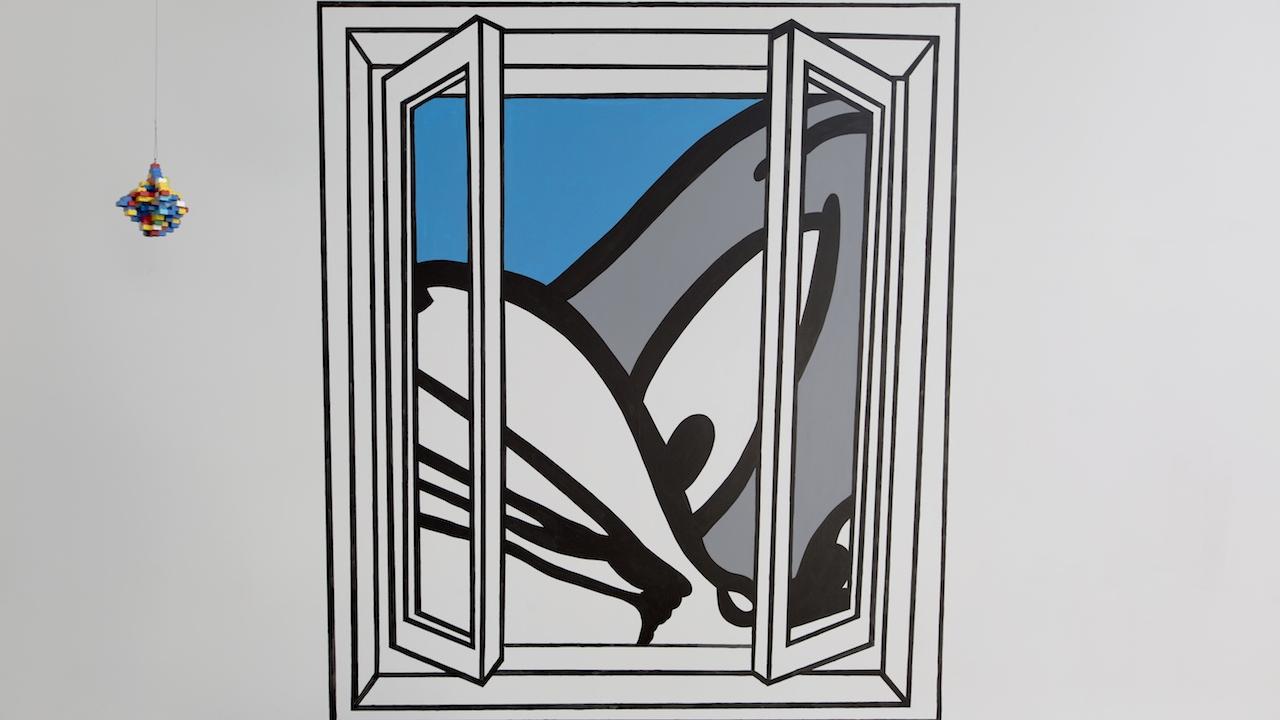 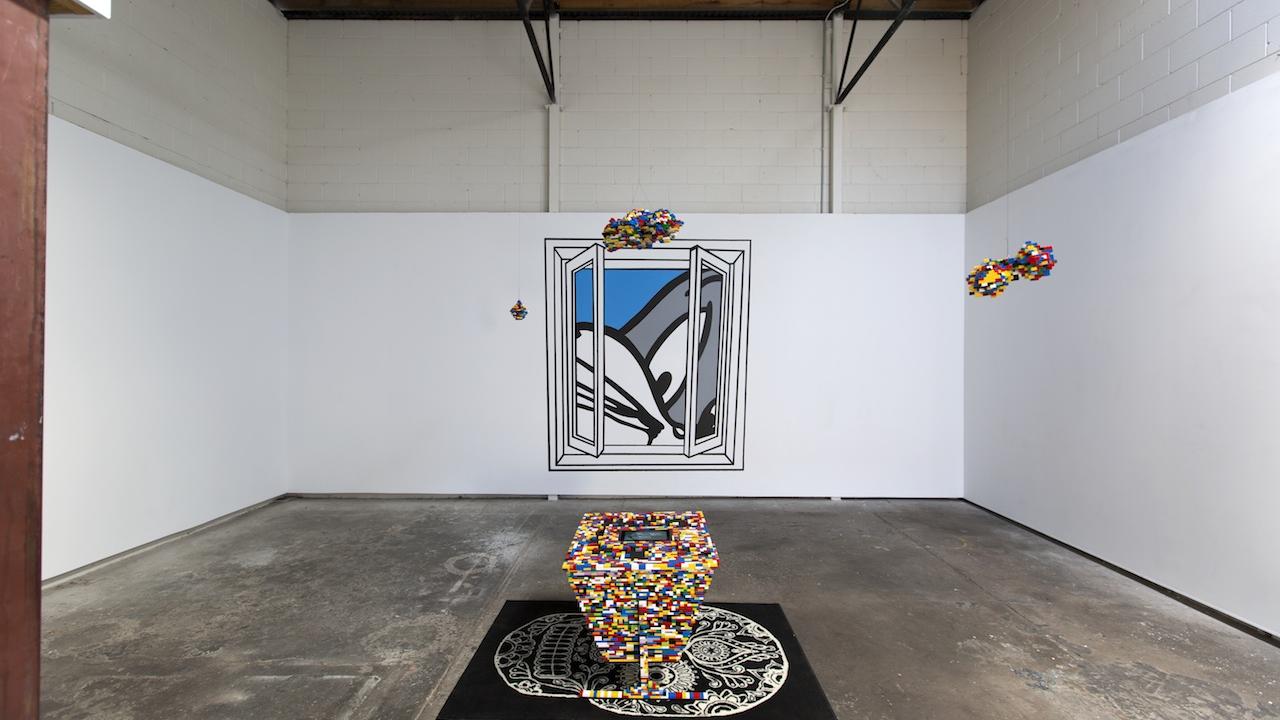 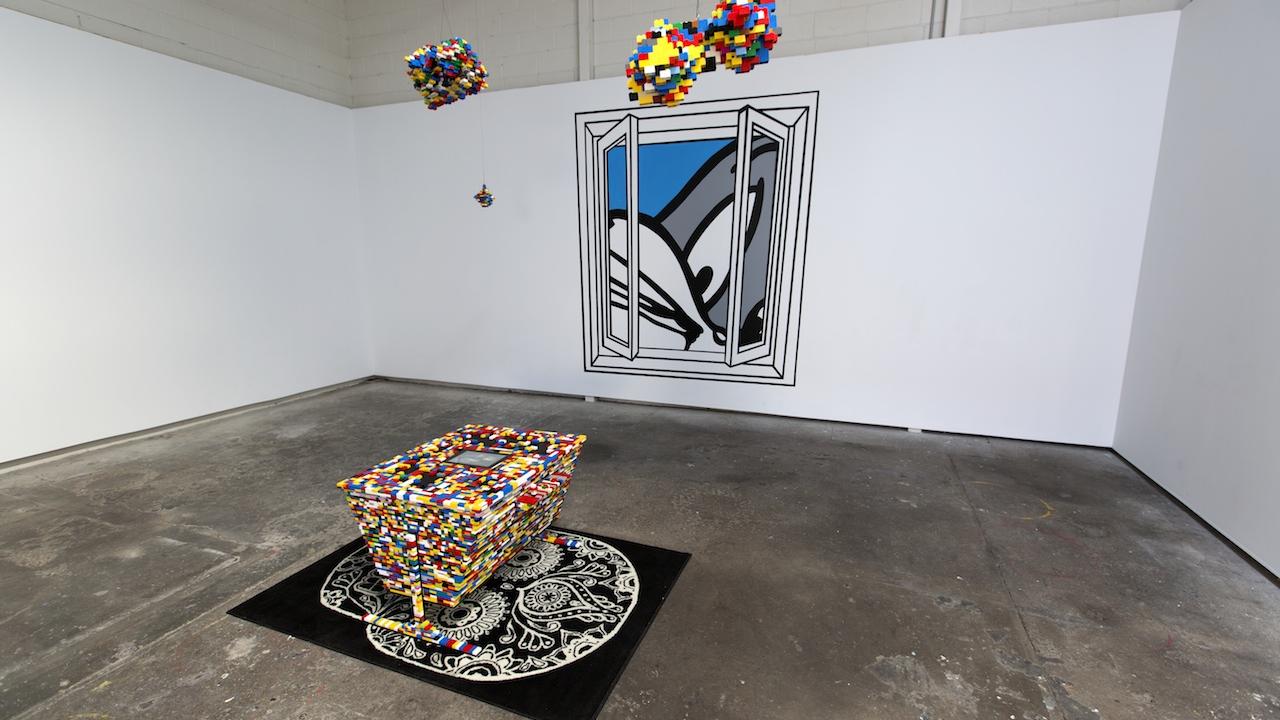 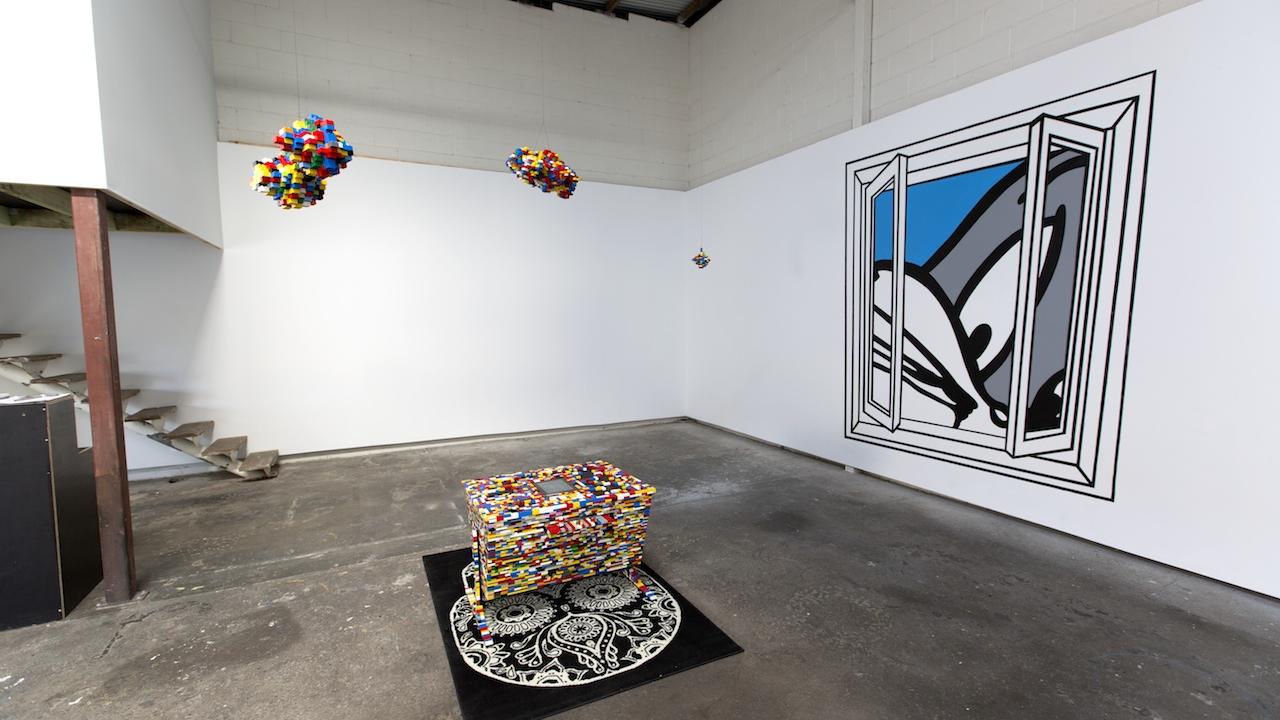 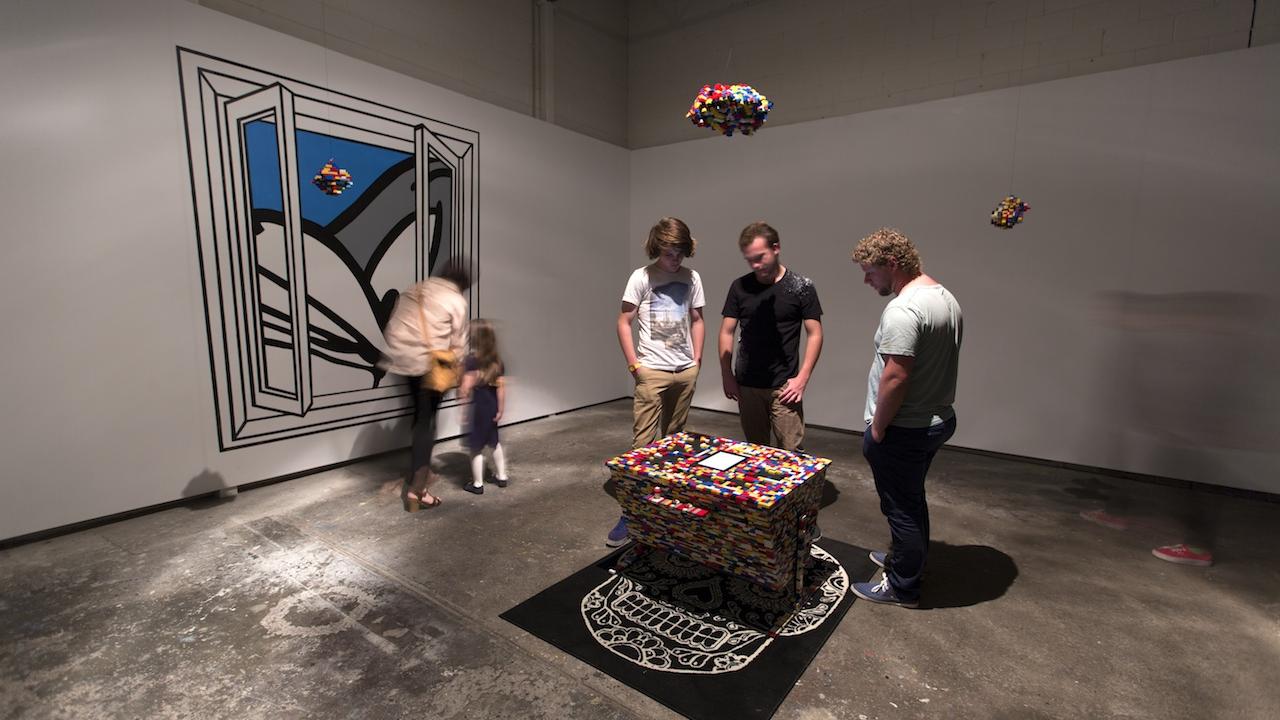 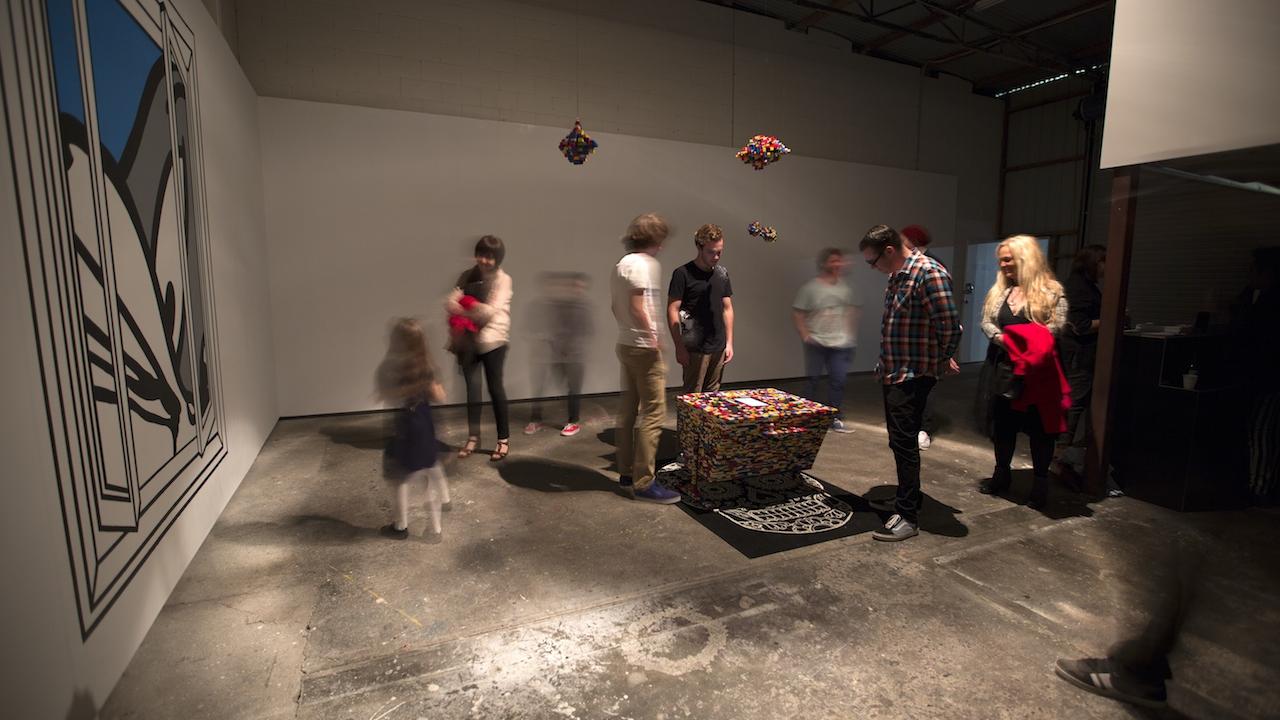 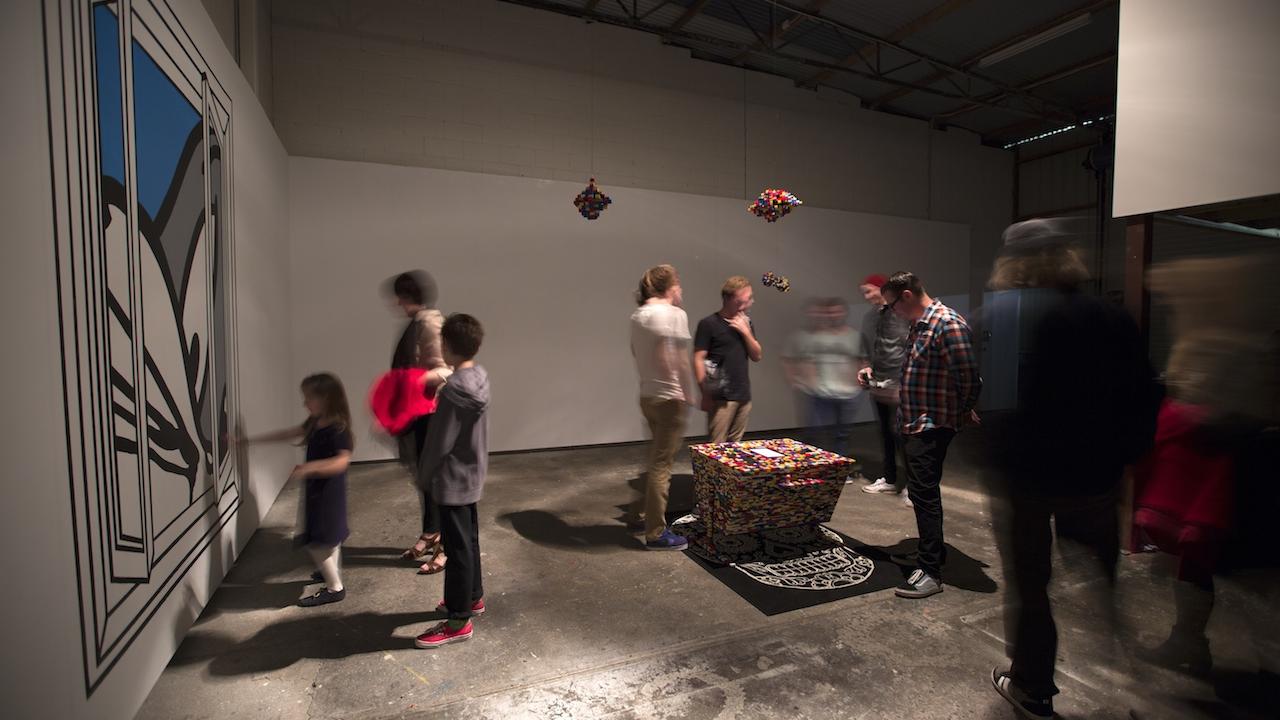 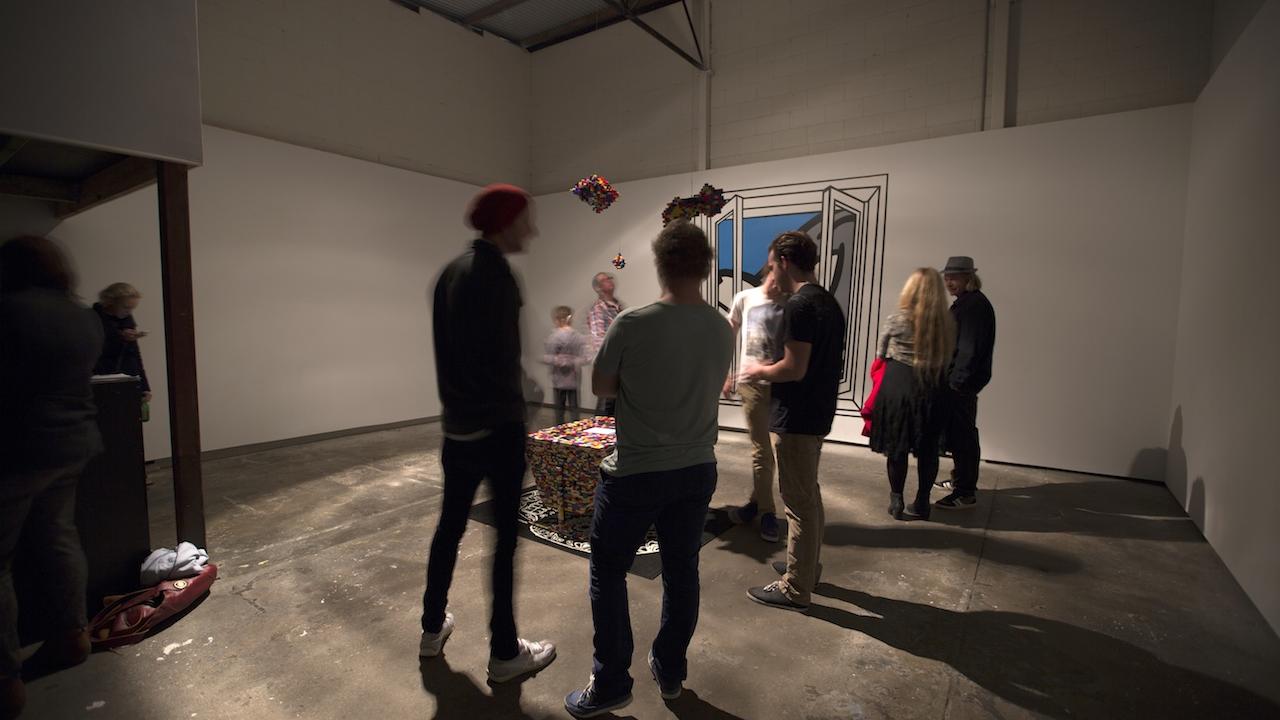 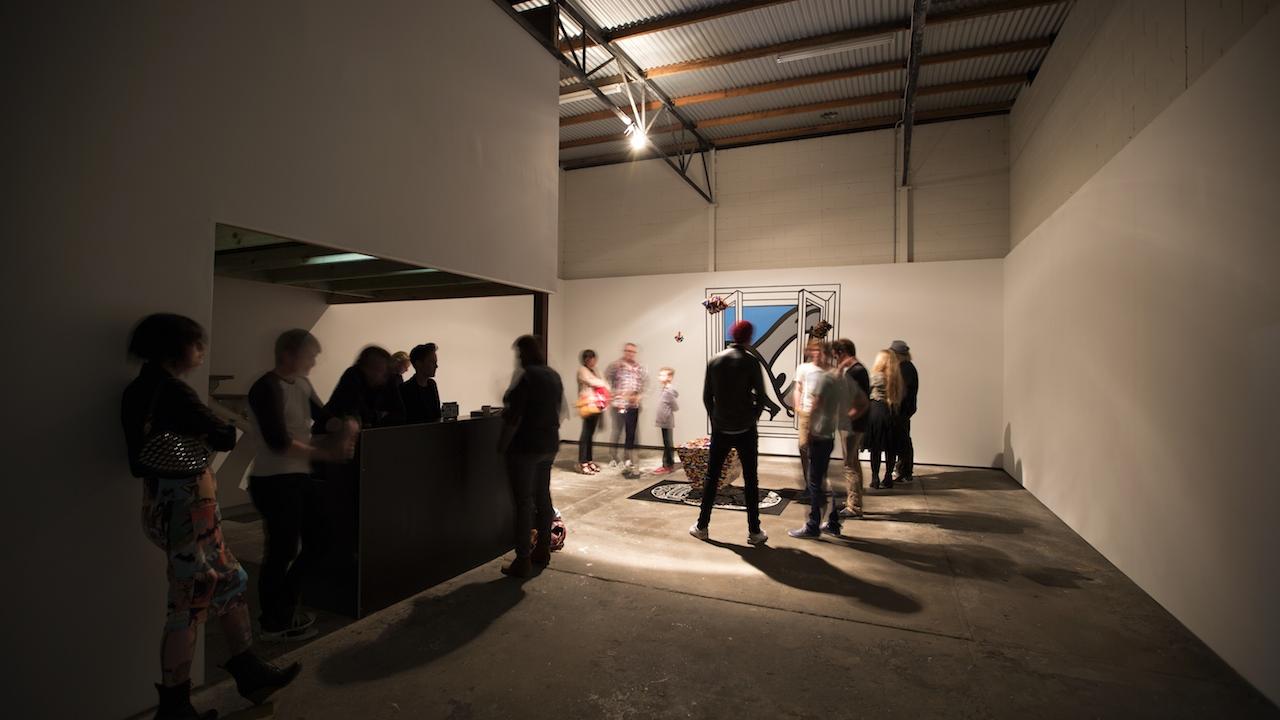 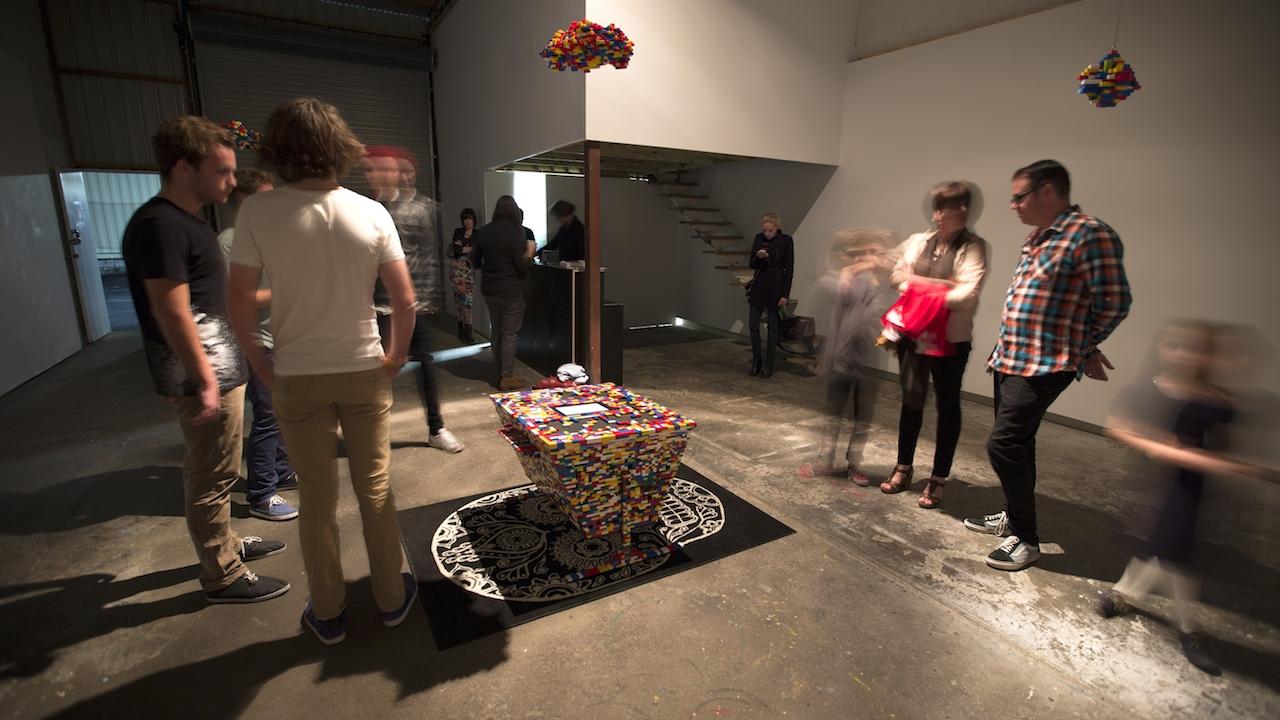 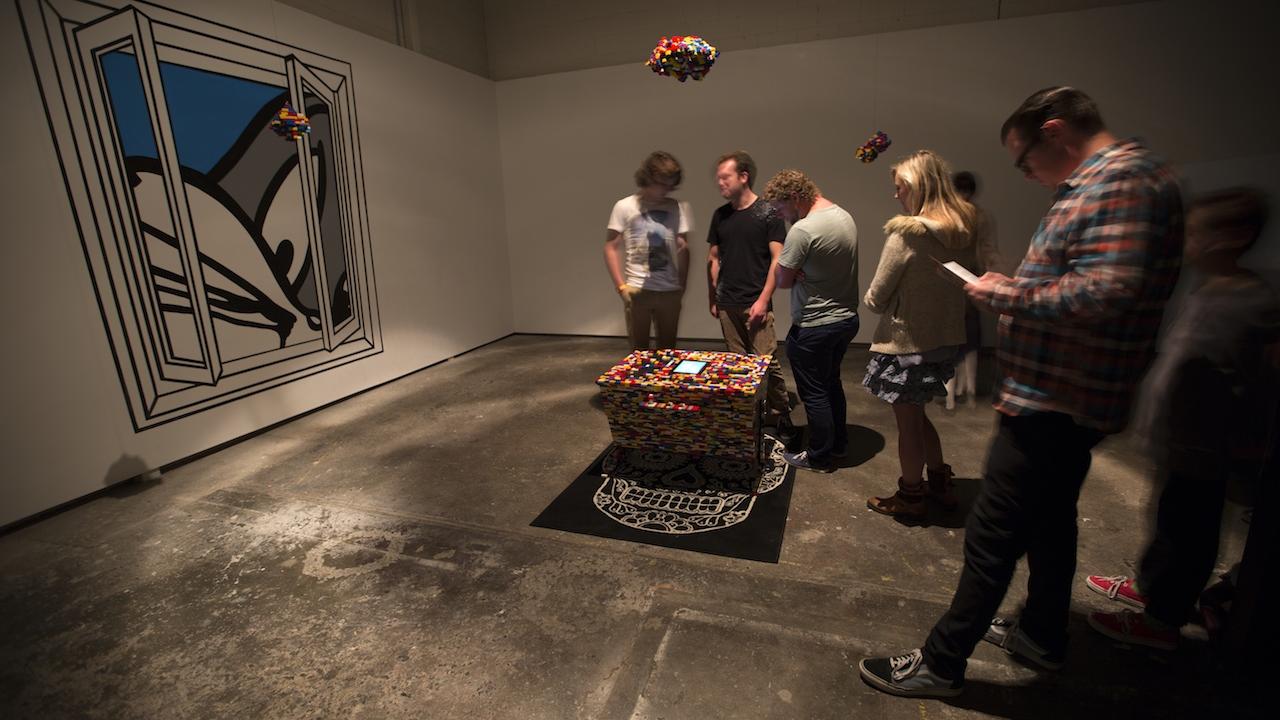 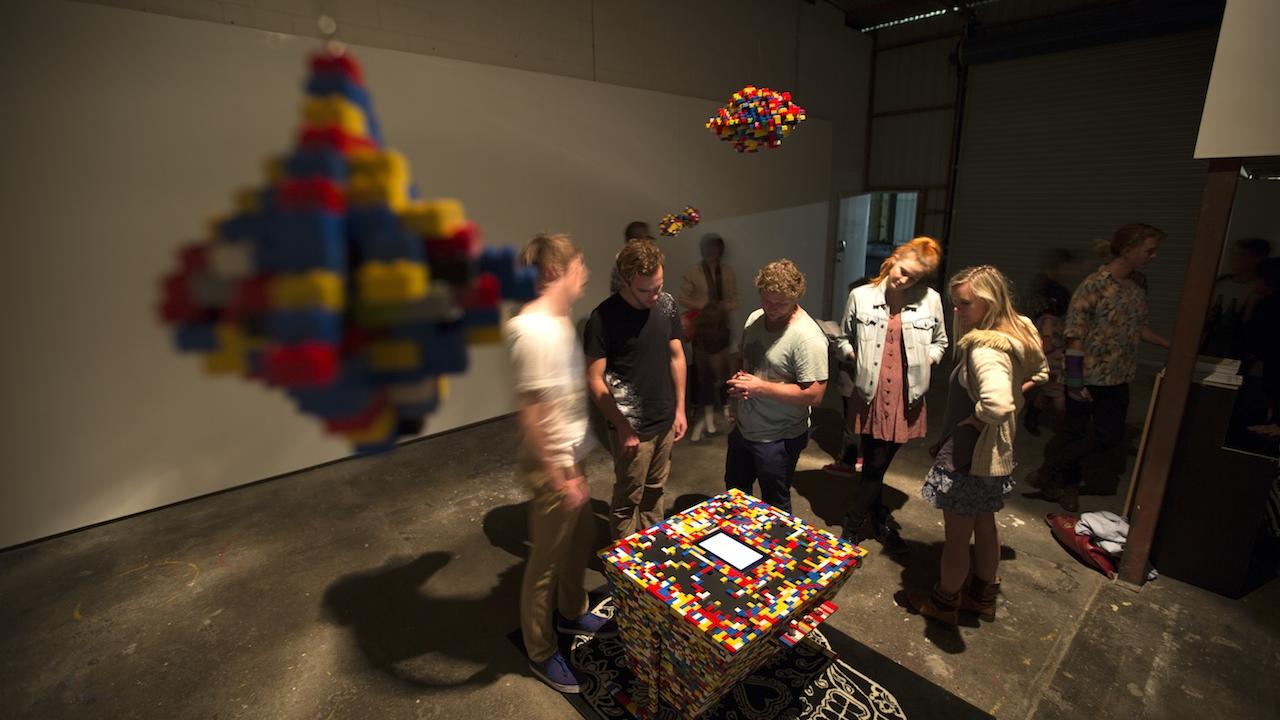 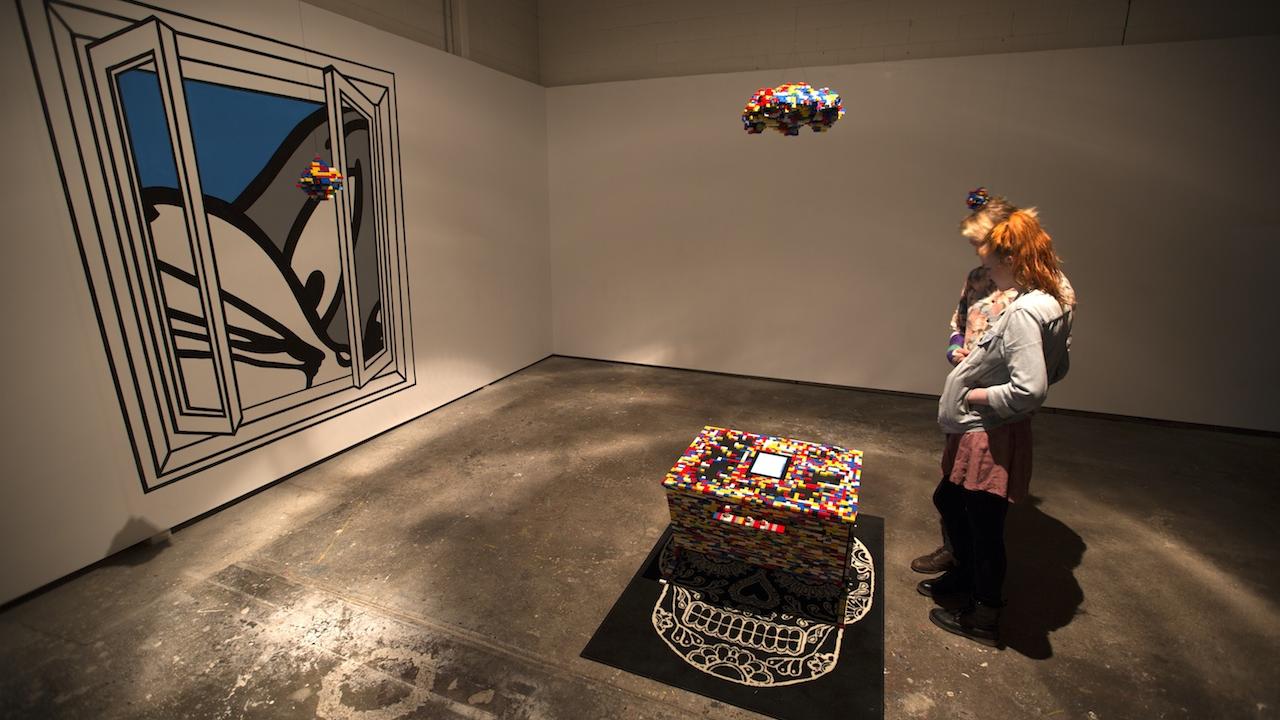 MAKE YOURSELF
J A FORNO

His head sits motionless, suspended in space. His torso and legs hover just below. The man is both in pieces and complete, frozen, perpetually fragmented, always becoming whole. A reassuring arrow between the parts and a comforting smile on his face tell me that this man will be whole again, it’s up to me to reassemble him. My memories of Lego are vague, but John Forno’s work prompts a recall of these exploded views of machines and men in the Lego instructions of my childhood.

These instructions though, were always mere suggestions of how these parts should go together. Some instructions did offer alternative possibilities for secondary objects that may be made out of the same bricks, but even this is but one of millions of forms the bricks may take. Toys, in general, are things that always transcend their use value, the potential for which is only limited by the child’s imagination. Even when they are being used according to their enclosed instructions, they often take on a role of distraction or deflection, or they offer a point of focus beyond that of the here and now.

A common theme in Forno’s work is the emotive power of the nostalgic object, the way that this nostalgia itself becomes the primary use for toys as we make the uneasy transition from childhood to adulthood. Nostalgic objects carry with them an auratic density of personal memory, perhaps even repressed memory, into the present day. But memory is perhaps the wrong word. As we played with the object, life went on around us, and sometimes it is that life we would rather forget. Forno’s objects are imbued with this sense of melancholy, the toys force recollection, whether we like it or not.

In Make Yourself the Lego is used to create a tabletop video game machine, while on the screen the absurd scene of a grown man ‘playing’ with Lego unfolds. As well as fusing two nostalgic icons from different stages of childhood, the building process and the end result are also merged. In the same way that the distinction between adolescence and adulthood is not as clear cut as the law would suggest, this iconographic overlap suggests that growth, decay, and renewal are overlapping, even simultaneous states. Like the toys themselves the once banal tasks of building, destruction, rebuilding and manipulation acquire new meaning in our adult lives. The innocence of childhood protects us from the impact of such metaphorical realisations. And as adults we might romanticise these tasks and objects as signifiers of a happier more simpler time, remaining in a state of perpetual avoidance, the self stuck in an exploded view.

There are no instructions for looking at art. If there were, we would discover nothing. The only exploded view in this exhibition is that of ourselves: how are we put together, what are our component parts, and what potential configurations can we build with them?
Ashley Whamond, 2014
_

Exploring in an adult world the radical notion of play through the mediums of sculpture, performance and video, this current body of work is an extension of previous works intertwining the theme of play. Make Yourself interrogates the importance play can have in building esteem and identity in a world of the ready-made toy, whilst exploring the value a mere set of Lego bricks can have in establishing a strong sense of self.
J A Forno, 2014
_

A product of the pop culture era of the 70’s, 80’s and 90’s J A Forno’s influences range from DC comic characters, Star Wars, 8 Bit Gaming, Disney, 3D and Looney Toon characters. His artistic influences range from Marcel Duchamp, Andy Warhol, Salvador Dali, Marina Abramovich, Joseph Bueys, Damien Hirst, Mike Kelley, Banksy and Ron English.  His work investigates consumer culture and psychology with theoretical influences including Freud, Jung, Lacan, Baudrillard and Barthes. The central theme of his practice is the idea of play, childhood, memories and dream states. He creates works that challenge ideals and knowledge of what it is to be an adult in today’s society.

J A Forno lives and works on the Gold Coast where he completed a Bachelor of Digital Media at Queensland College of Art, Griffith University in 2012, receiving the Pat Corrigan Award for Best Portfolio, Pat Corrigan Award for Academic Achievement, Student Cultural Award and the NAVA Ignition Award.  His work has been exhibited in solo and group shows at Jugglers Art Space, Gold Coast City Gallery and White Box Gallery at Griffith University.  He has twice been included in Pastemodernism in Sydney and Surfers Paradise Festival on the Gold Coast, and has undertaken a number of local public art commissions.  J A Forno is currently completing Honours at Queensland College of Art, Griffith University Gold Coast.