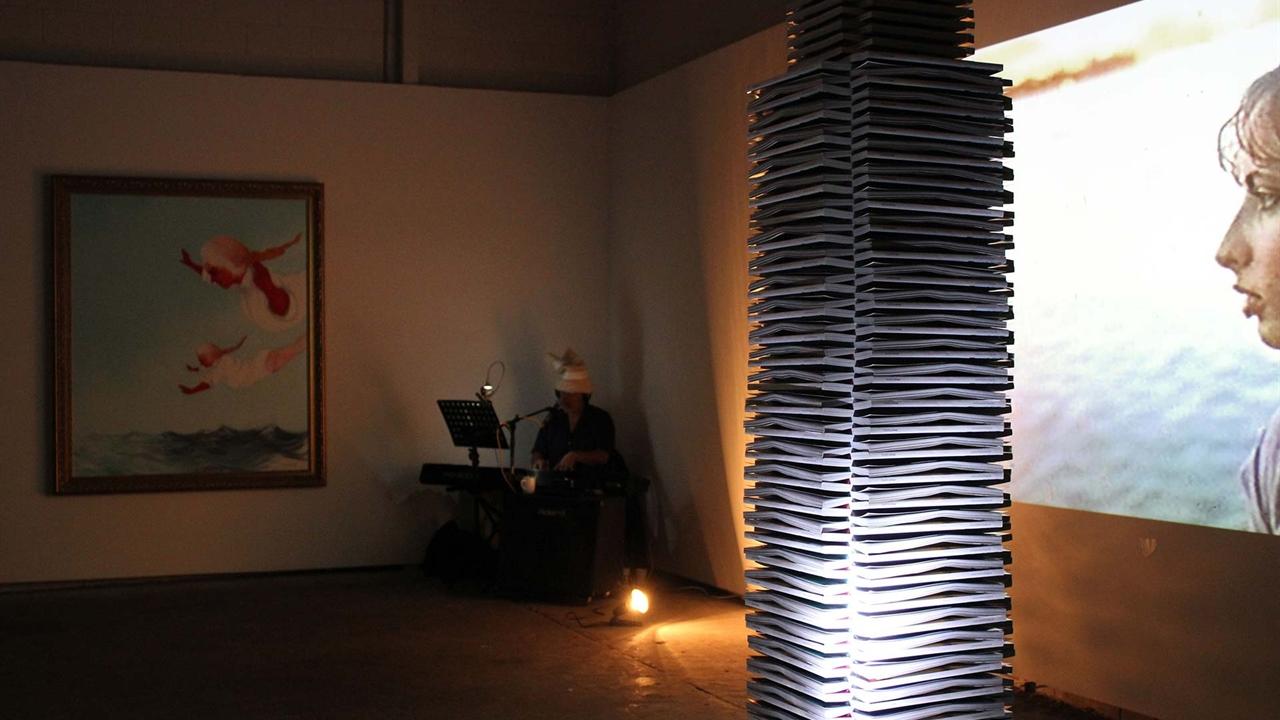 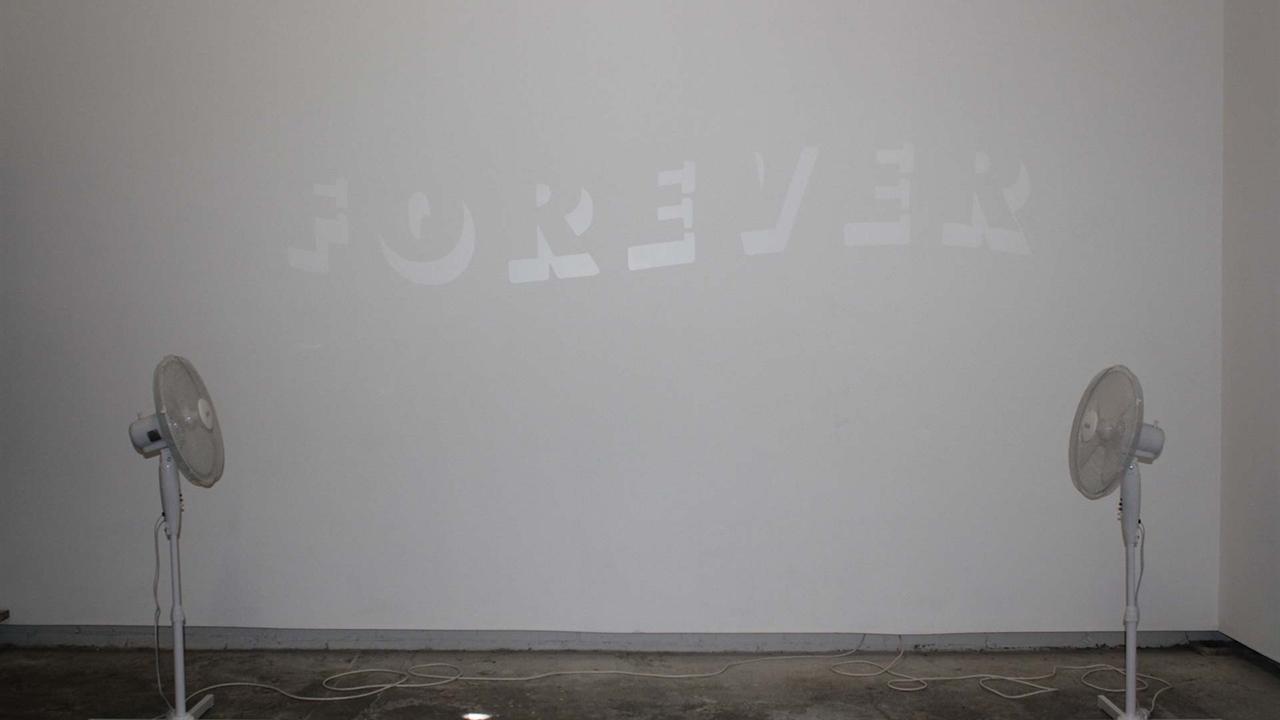 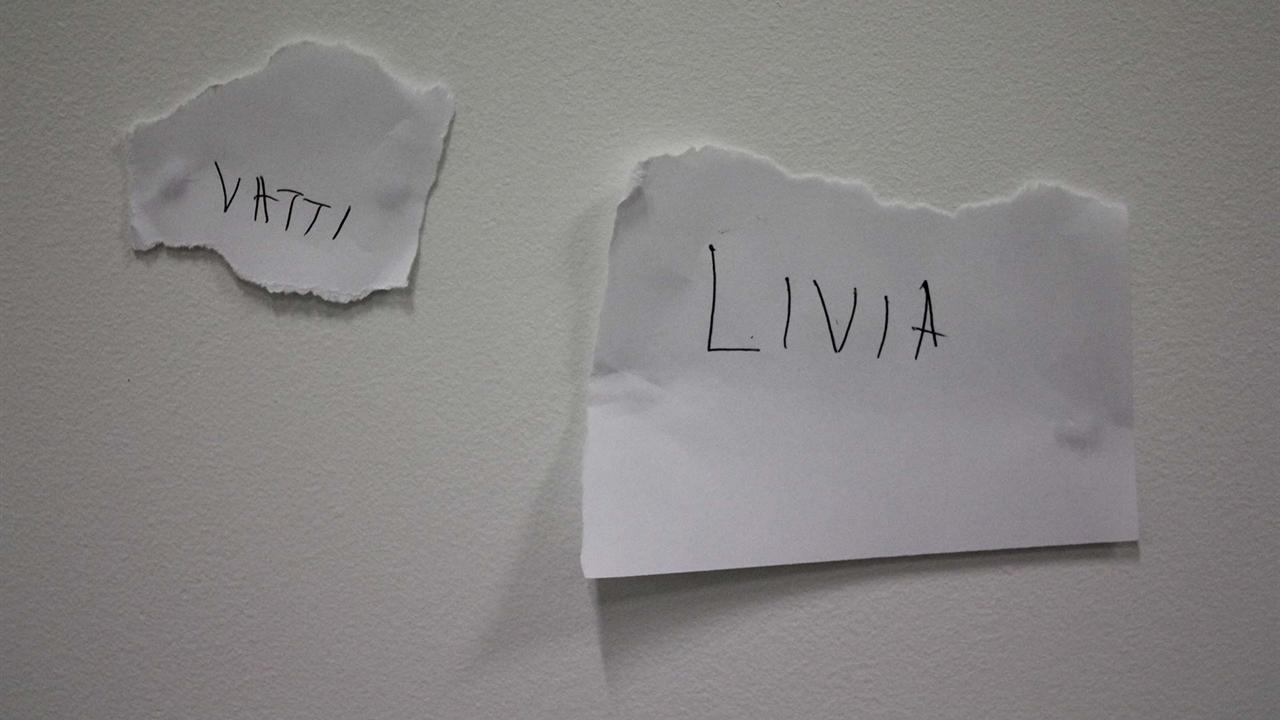 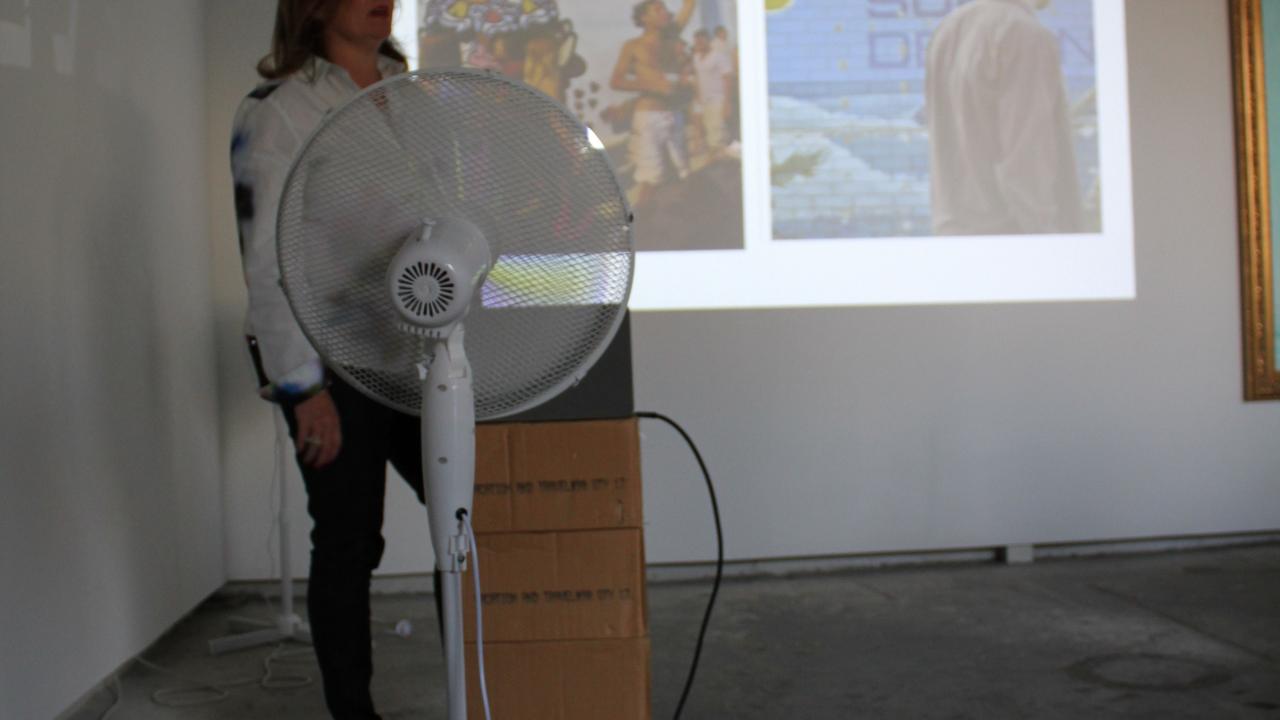 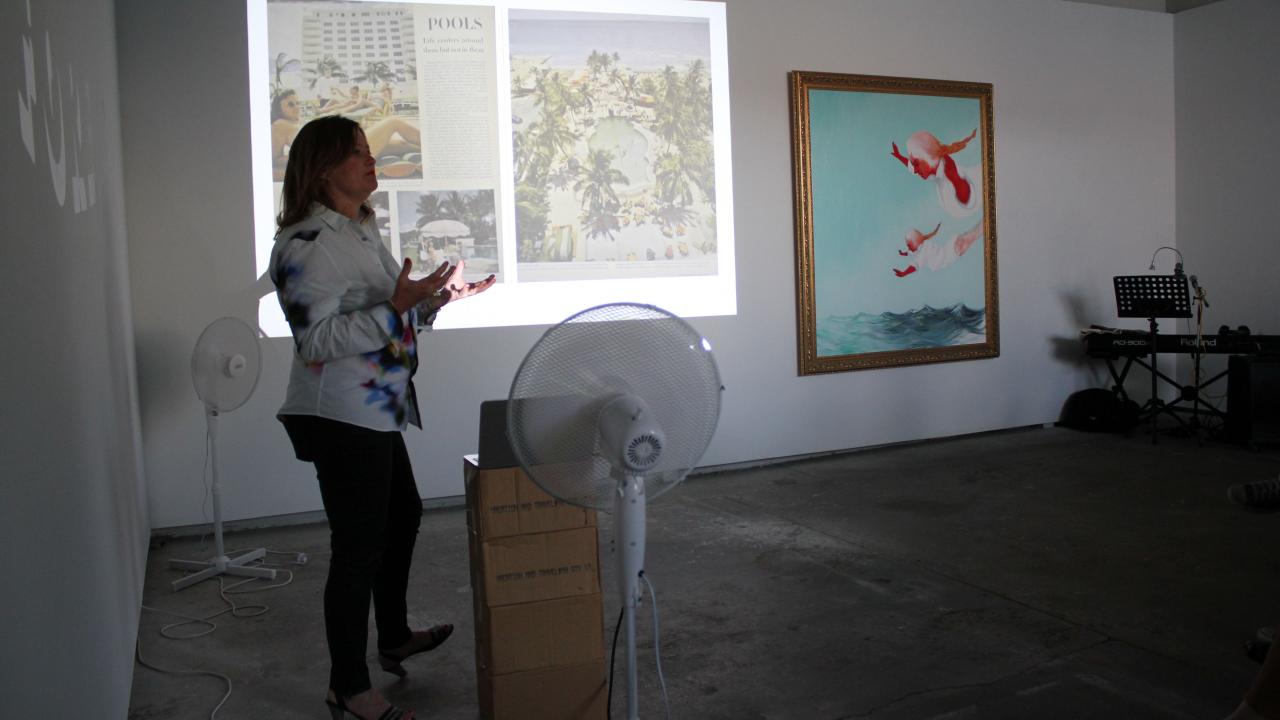 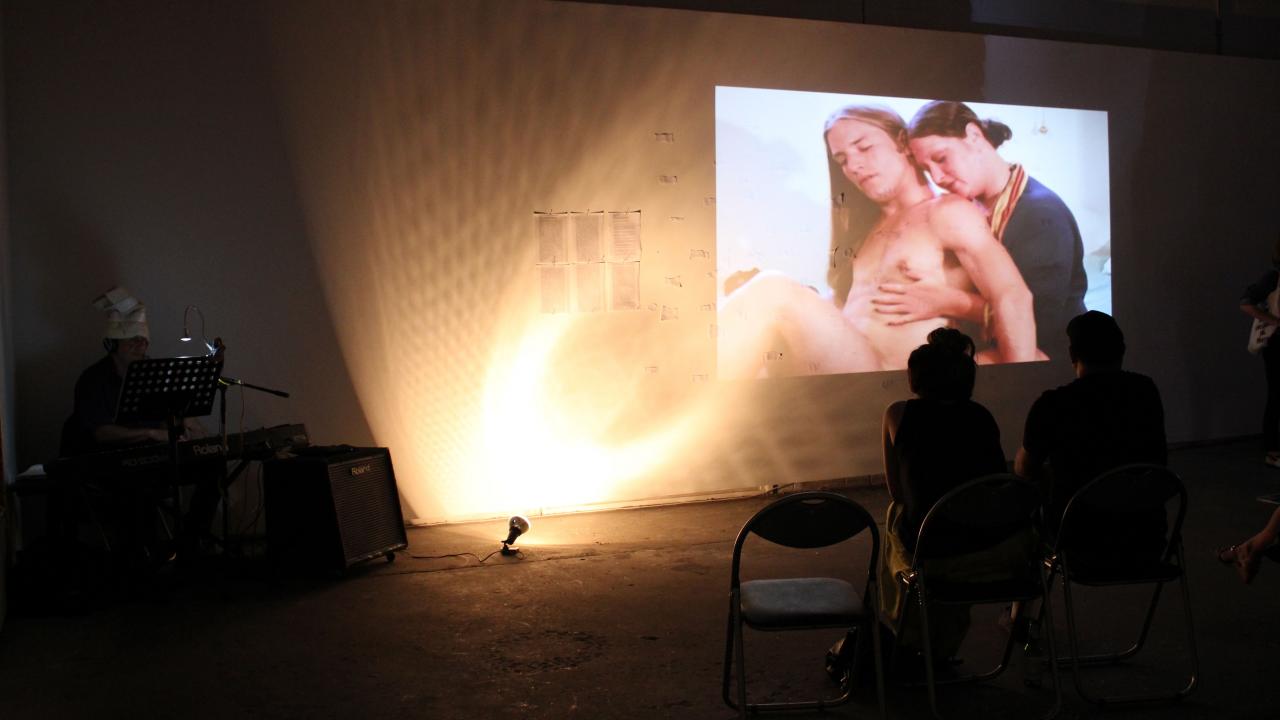 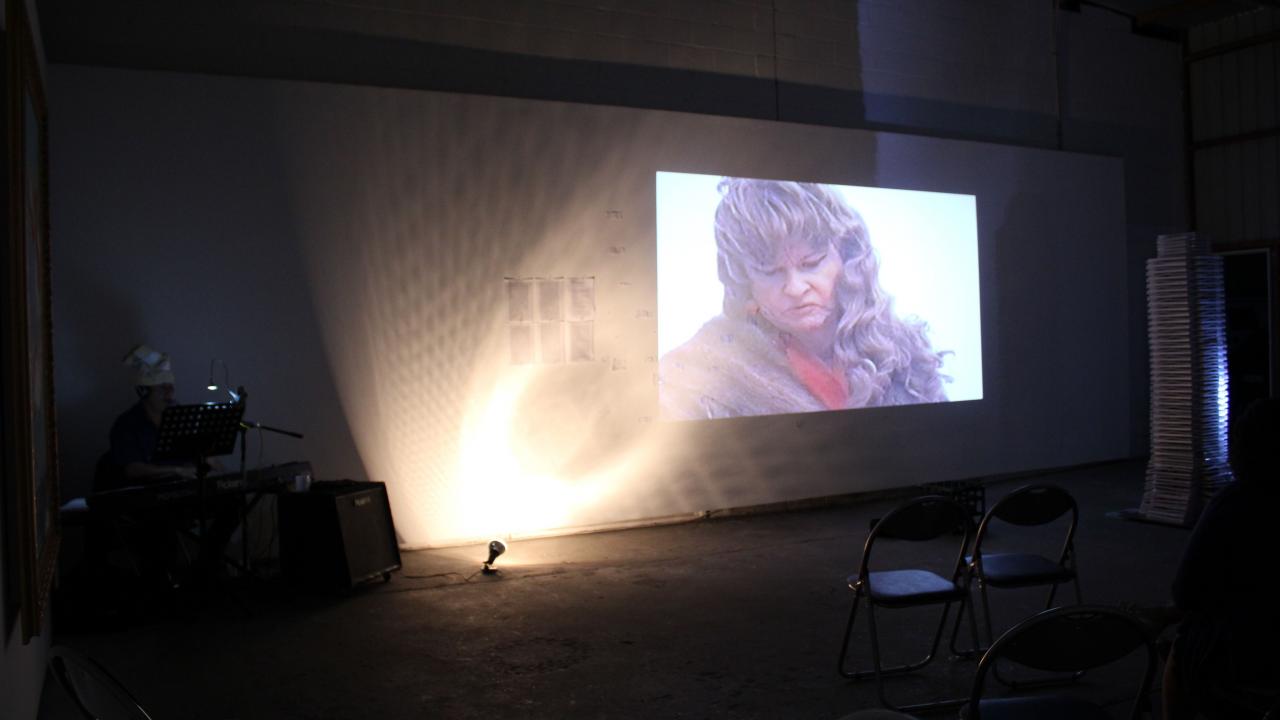 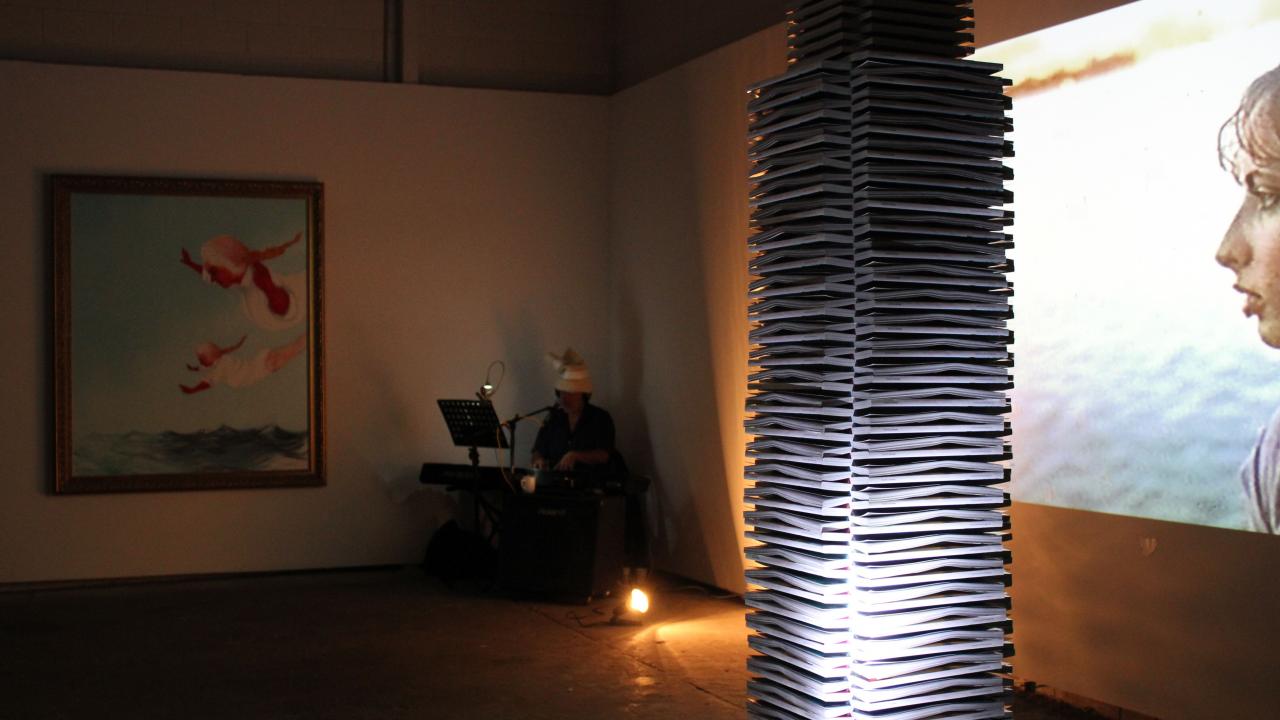 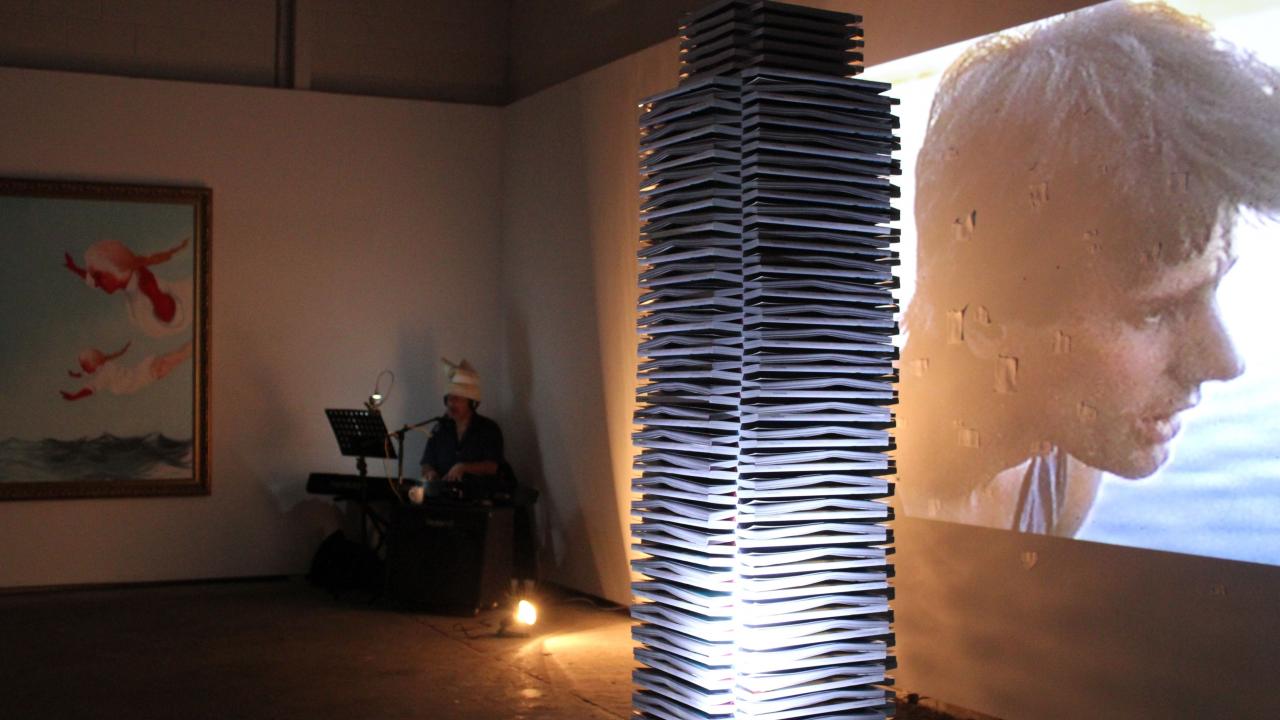 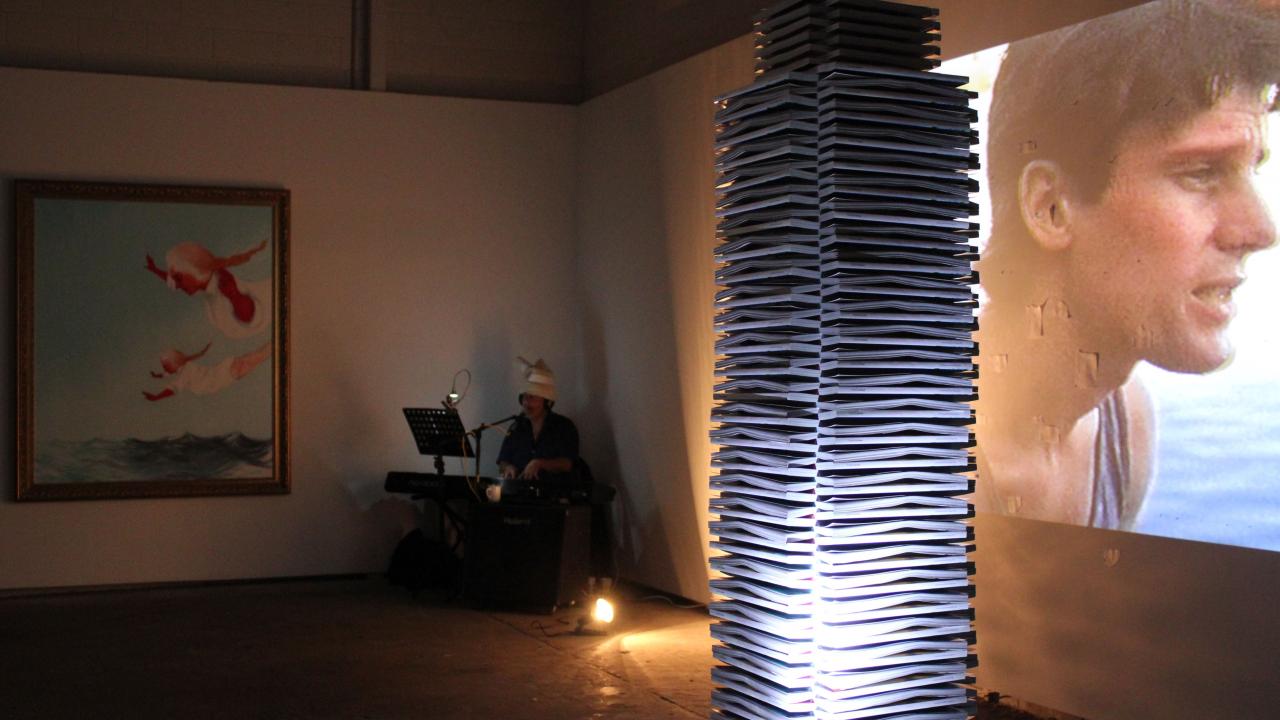 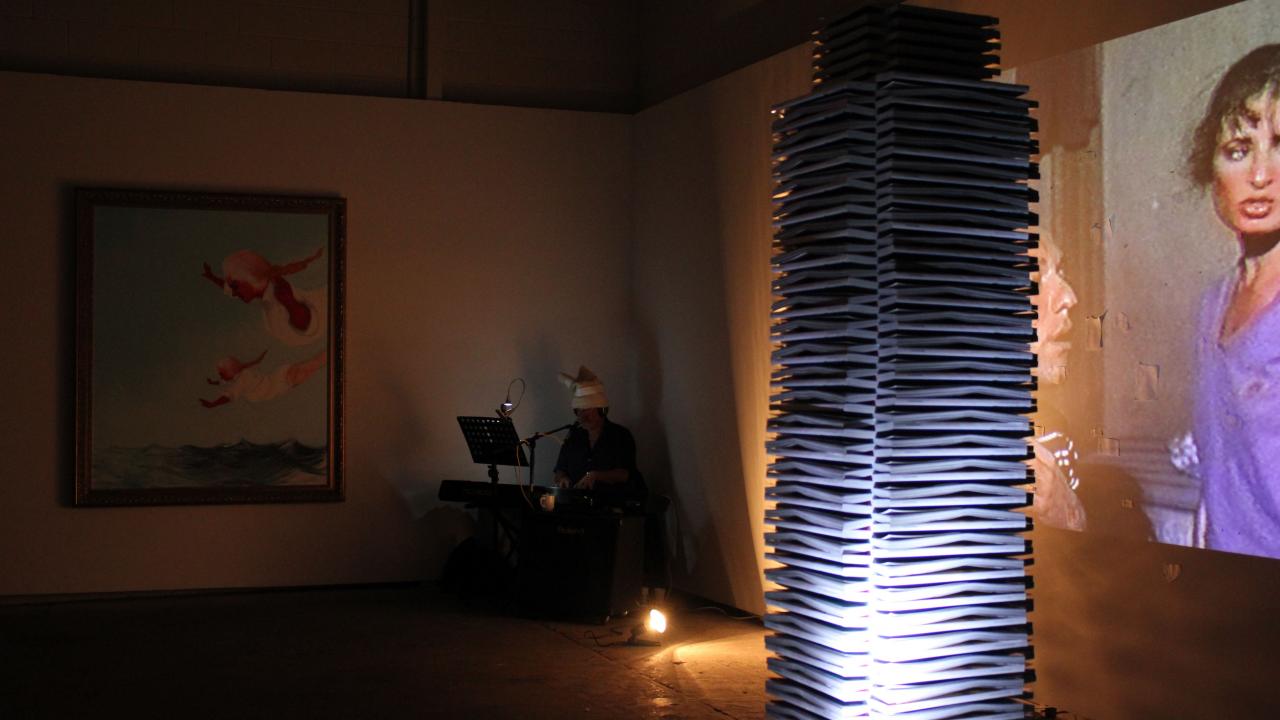 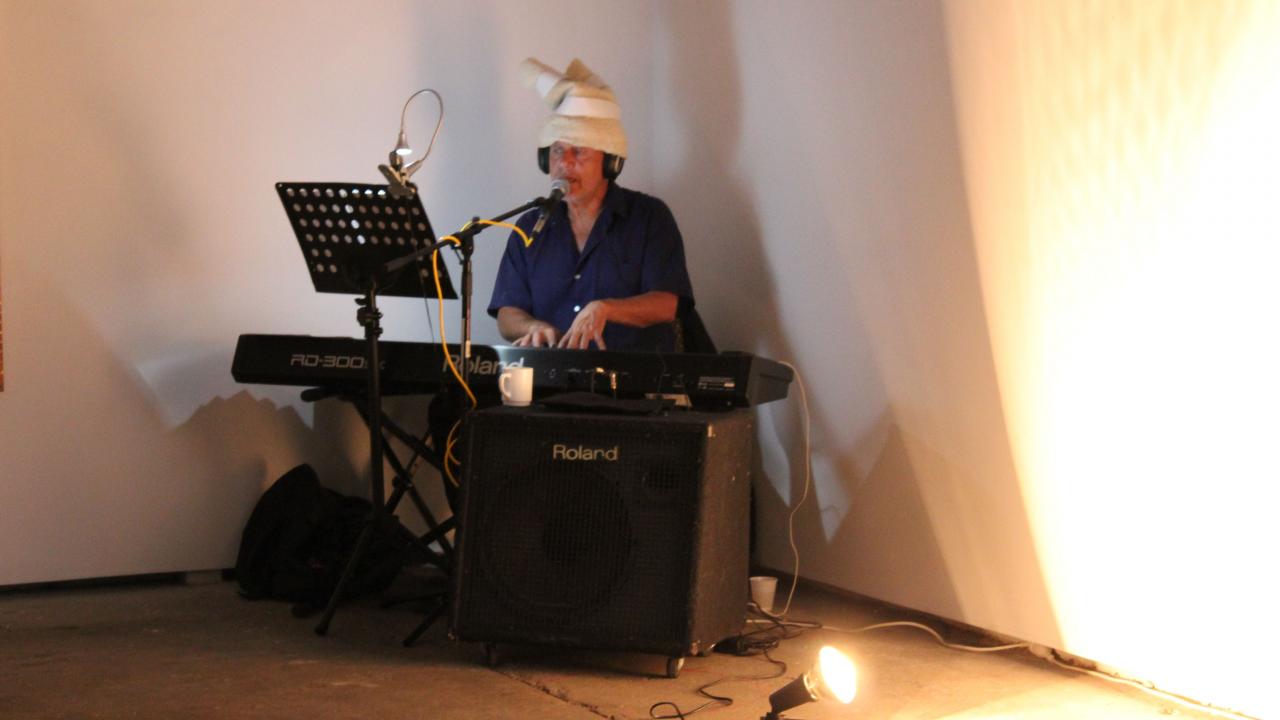 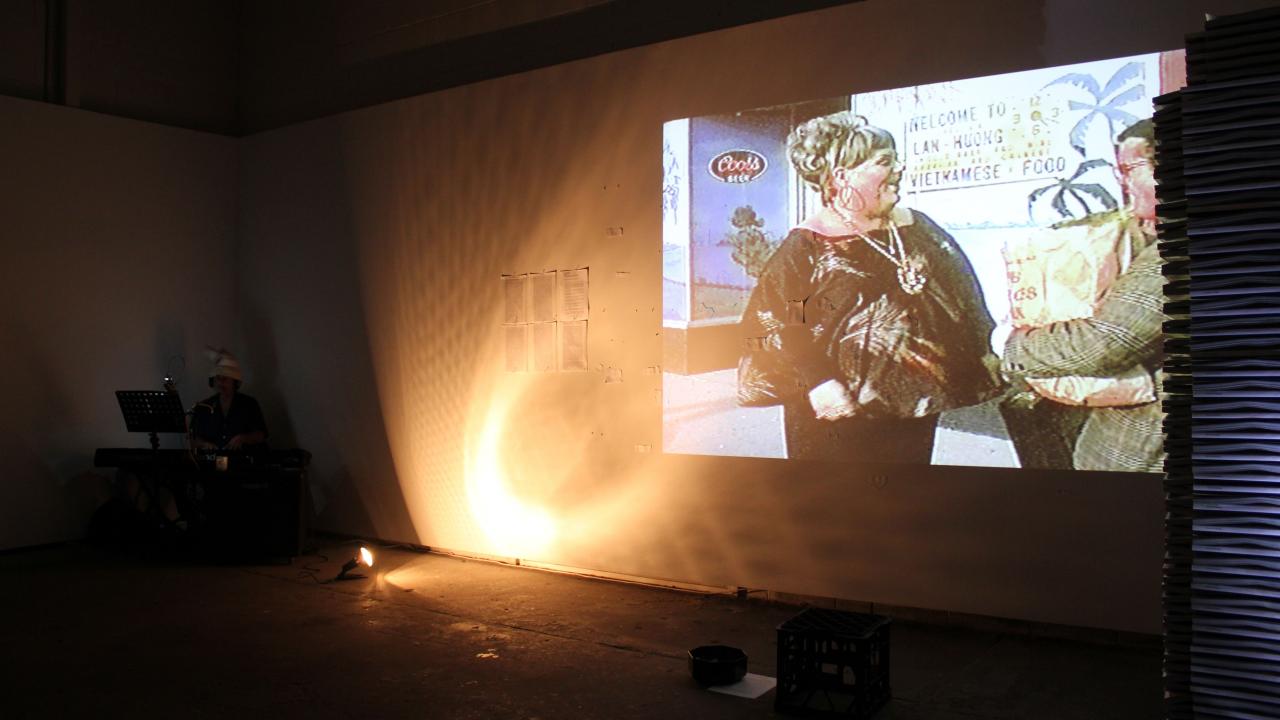 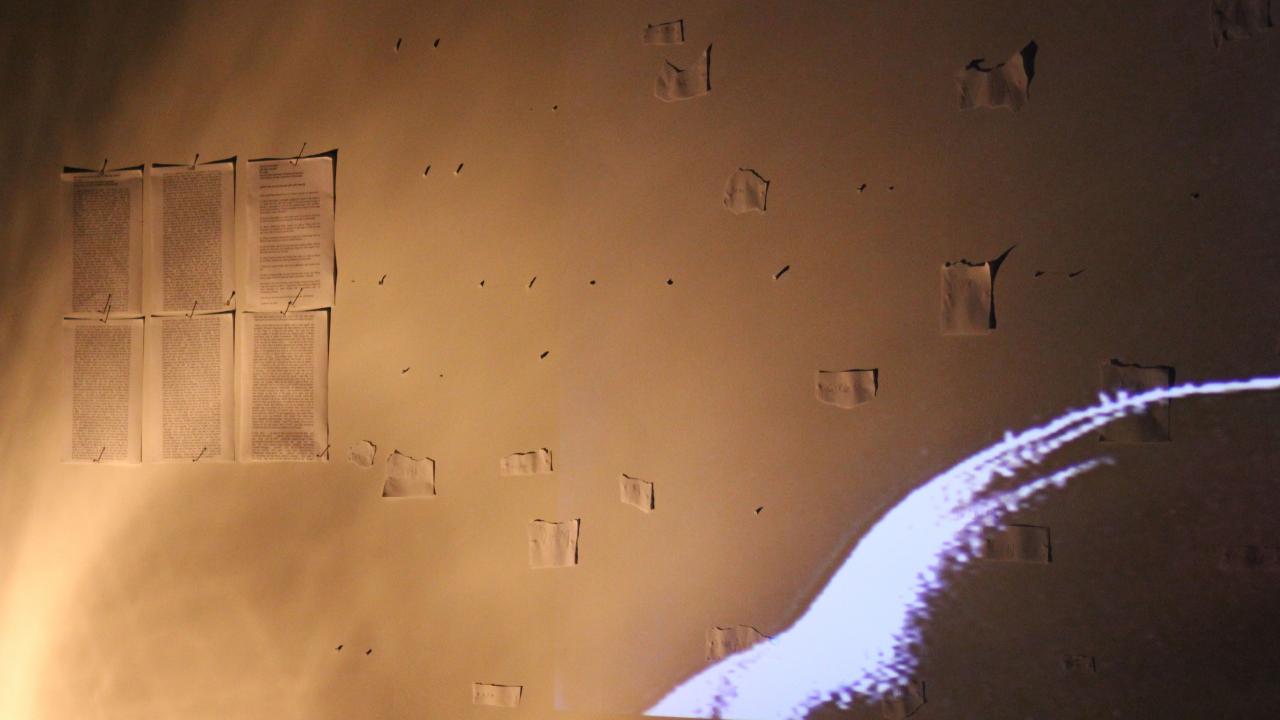 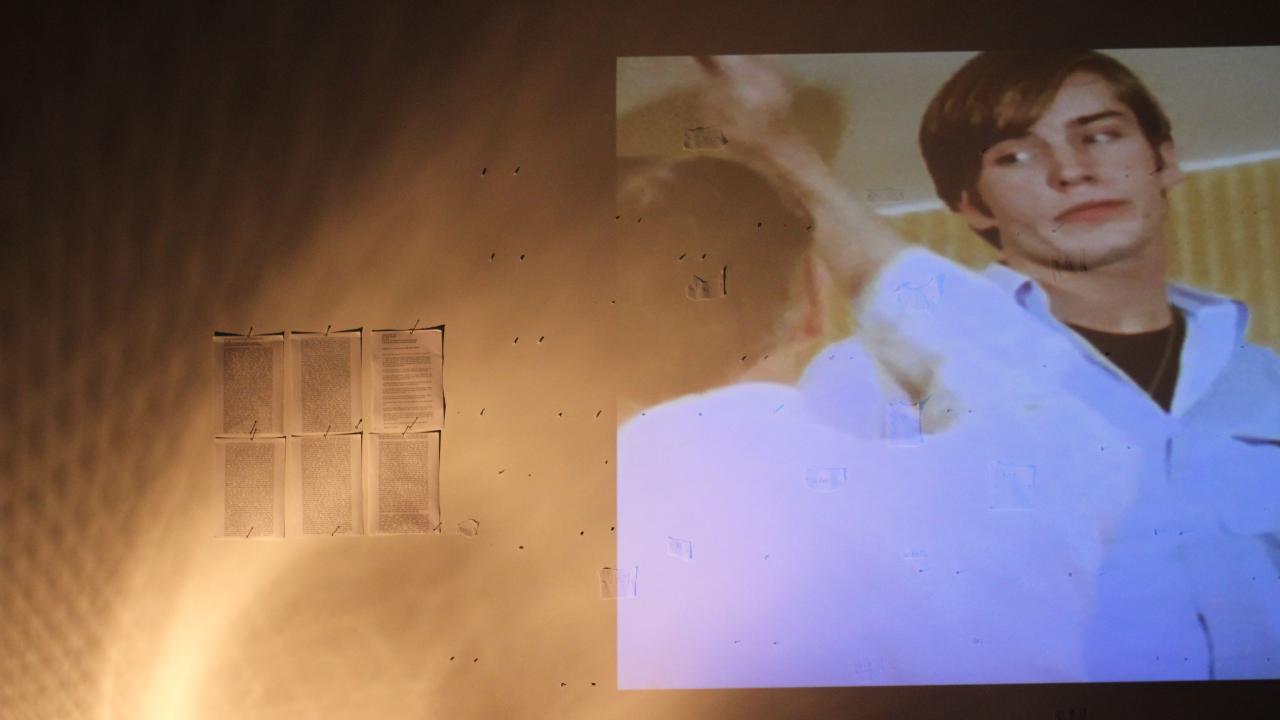 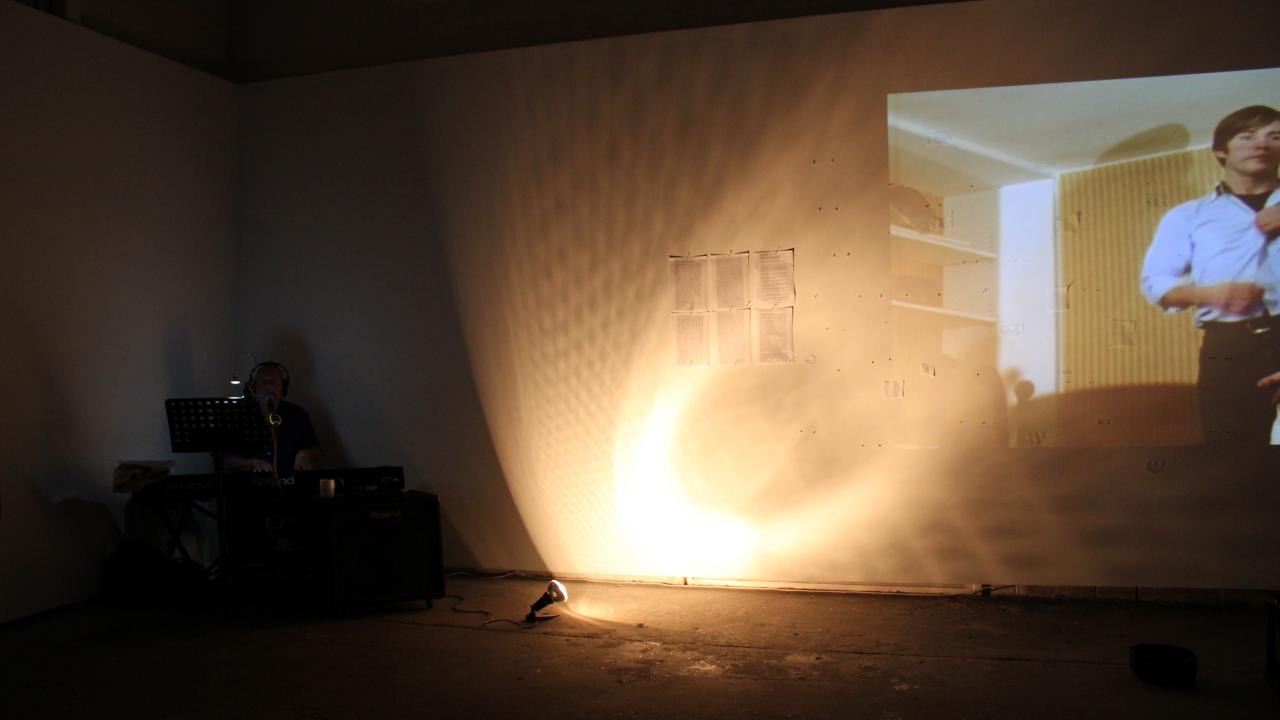 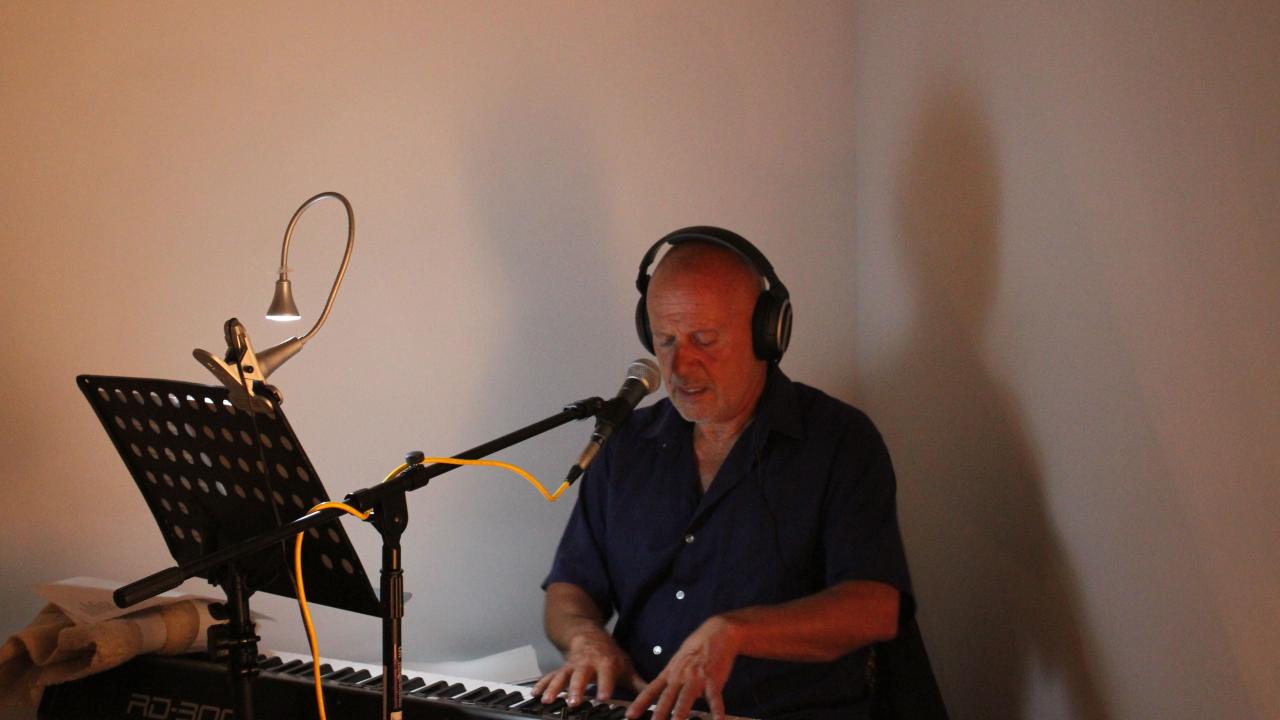 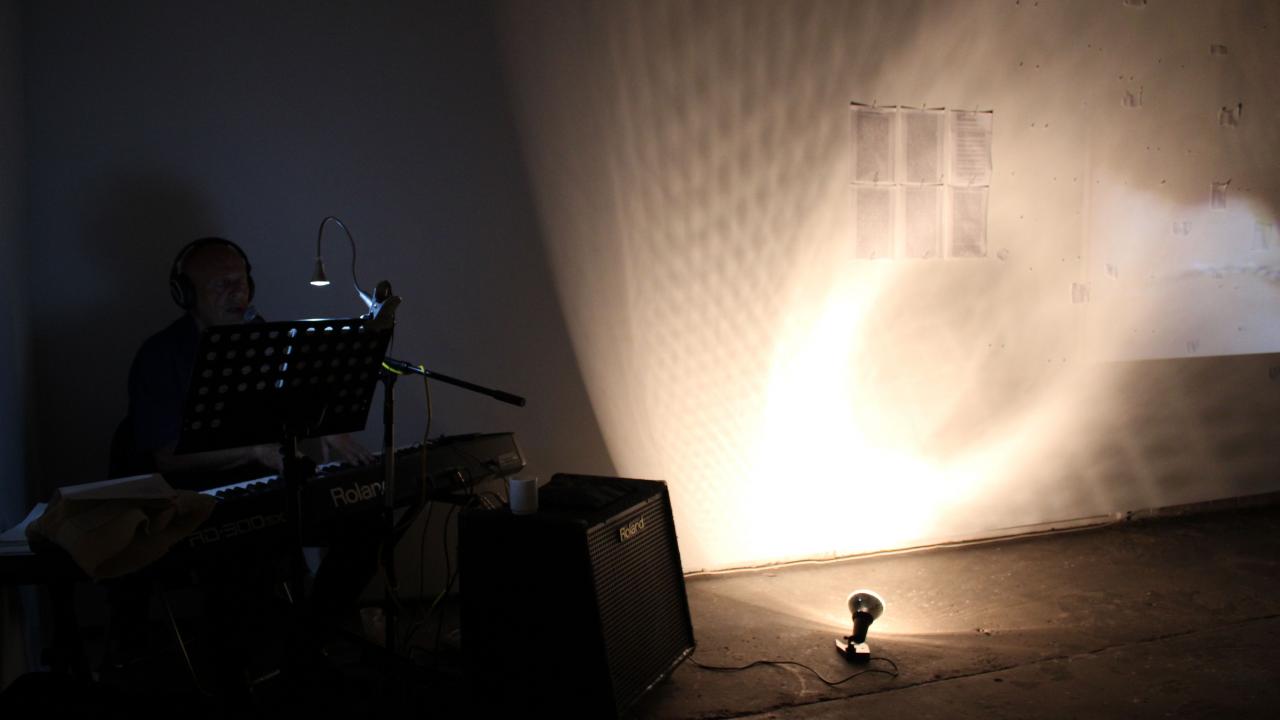 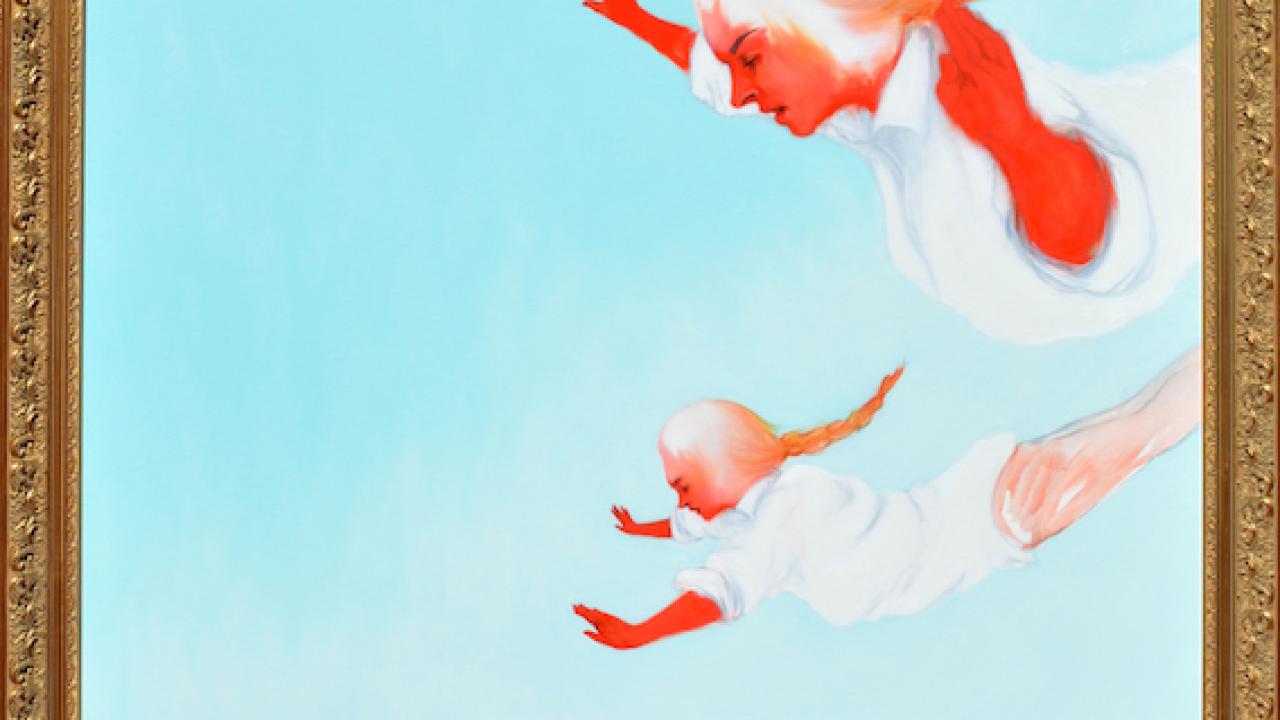 A spa, recreation a-top a mountain, the final solution, jumping ship, utopian ideals, flashing lights, sun burn, boutique rooms, luxurious moments, for sale, palm trees.  Ideas of ‘resort’ bring to mind notions of places where relaxation, recreation, holidays and tourism are the focus, whilst the expression ‘last resort’ responds to a ‘when everything else fails’ scenario.

Last Resort began as an idea that emerged from my experiences of living and working on the Gold Coast and my reasons for moving back here.  It was a response to a love of the lifestyle, the clash of the landscape, the smell of sea salt and chlorine, sunburn, vacation madness, summer survival amidst the visitors, and the push and pull of the place; it being one thing to the locals and another to the tourists.

The idea was presented to the artists without a preface, simply an email saying “What do you think when you read the words Last Resort.”  Below are their responses.
Rebecca Ross, 2014
_

I think of a paradise kinda place (not too cliche’) during a zombie apocalypse…like a scene from those apocalypse movies and your small group of survivors stumble inside a really kitschy brothel with over the top themes for each room, like one with a space theme and another with hawaii theme…always depends on what for tho, that was my psychologicals, also sounds like a riot all girl band too.. 7 year bitch or L7 style, or a DIY zine, i spose as a serious reading into, it has that sense of urgency about it.
Alrey Batol

beyond the bounds of ones understanding, beyond the bounds of what one knows.
or, the place right beyond the rocks, way down there in the distance along the beach covered with flotsam, where you didnt think youd find a thing.
you wanted solitude but the sign hanging crookedly from a stunted pine reads: ‘LAST RESORT’.
Domenico De Clario

When I think of Last Resort I can’t help but think of finding a lonely motel on a road trip. It suggests desperation but it can also be about an urgency or panic to find an idyllic place to escape to.
Abbey McCullouch

Alrey Batol is a multi-disciplinary artist based in Brisbane with a Bachelor of Communication Design from Queensland University of Technology.  Batol has exhibited nationally in Australia, at the Judith Wright Centre for Contemporary Arts (Brisbane), Metro Arts (Brisbane), Woolloongabba Art Gallery (Brisbane), Seventh Gallery (Melbourne) and Museum of Contemporary Art (Sydney), and has recently had solo exhibitions at artist run initiatives Witch Meat and Inhouse in Brisbane. Batol’s work is a practical attempt to rupture existing systems that operate and govern everyday life and expose the absurdity of our complicity with affluence and capitalist culture.  Working in divergent fields from sculpture, installation, web and graphic design, game design, sound art, electronics, computing and photography, his work highlights the obsolescence and dependance of goods and services ranging from clock radios and Skype connections to iPad games and superfictive shop windows.  Being born and raised in a third world country and then immigrating to Australia, Batol has a first hand fascination of how materialism and capitalism affects communities and people’s lives in ways both positive and negative.

Domenico de Clario is an interdisciplinary artist, academic, writer and musician. He was born in Trieste, Italy, in 1947 and migrated to Australia in 1956. He studied at Melbourne University, Milan’s Brera Academy and at the Urbino Academy. He was awarded an MA (1998) and a PhD (2001) in Performance Studies from Melbourne’s Victoria University. He taught in the Art School at PIT/RMIT from 1973 until 1996 and was Head of Contemporary Arts at Perth’s ECU (2001-6), Head of Fine Arts at Monash University (2006-9) and from 2009 until 2012 he was Director of Adelaide’s Australian Experimental Art Foundation. From 2008 until 2013 he was Adjunct Professor at the University of South Australia.  Since 1966 de Clario has presented more than 300 solo and group exhibitions, installations and performances and has published a number of books and CDs. He has been the recipient of numerous national and international residencies and grants, including the Australia Council Fellowship. His work is represented in major public and private collections both in Australia and worldwide.

Abbey McCulloch has a Masters in Fine Art from Queensland’s College of Art. She was named as one of Australia’s 50 Most Collectable Artists by Australian Art Collector in 2009, 2010 and 2011. She has twice been a finalist in the Archibald Prize (in 2007 for her portrait of Toni Collette and in 2013 for her portrait of Naomi Watts) and has also been a selected finalist in Redland Art Prize, the Paul Guest Drawing Prize, the Northern Rivers Portrait Prize, the Stan and Maureen Duke Prize and the Metro Art Prize.  McCulloch is drawn to the contradictions, gently wiping away the veneer and smudging the image of seeming order and control to lay bare the unsettling concerns that scramble below the surface for so many women. Her work quietly ruptures the boundaries between the ideal and the real, embracing the beauty in our imperfections.

Athena Thebus was born in Brisbane, Australia, studied at the Queensland College of Art, and currently lives and works in Los Angeles. Working with a variety of materials, with a focus on video and sculpture, her practice to date has orbited around a fascination with Los Angeles and is in the midst of great change since arriving in LA. Thebus is interested in popular culture’s appearance of harmlessness by its shallowness, and investigates the nuances of patriarchy and privilege that are played out in this ‘public space’. A parallel avenue of her practice is concerned with the mechanics of ambition and optimism: the persistence and perseverance in the face of possible failure.